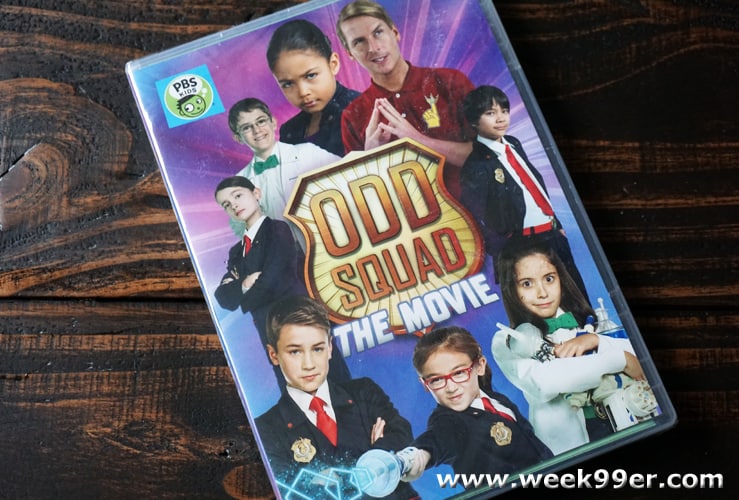 One of our favorite shows for Goonie is the Odd Squad, it’s one he enjoys and we don’t mind watching with him. The PBS Kids series use math and teamwork to fix problems and help save the world. And now the show, has it’s own movie. Last month Odd Squad the movie was released to DVD and is one that your kids will absolutely love to watch.

The movie follows our favorite math using kid agents to fight against the Weird Team who are bent on destruction and covering up the problems they create. Like the episodes we enjoy on PBS Kids, Odd Squad the Movie brings fun action for your kids but encourage exploration, math and working together to create solutions to the problems.

About Odd Squad the Movie:

When a rival agency called Weird Team, led by Weird Tom (Jack McBrayer), arrives on the scene with a gadget that fixes any odd problem, Odd Squad suddenly finds it doesn’t have any cases to solve and goes out of business – forcing the agents to close up shop and go back to their lives as regular kids! Using math and teamwork, they soon uncover that Weird Team’s gadget isn’t actually fixing the problems around town, but only covering them up. Olympia and Otis join forces with Olive and Otto to stop Weird Team – and save the world from destruction! Click here to watch a clip from “ODD SQUAD: THE MOVIE.”