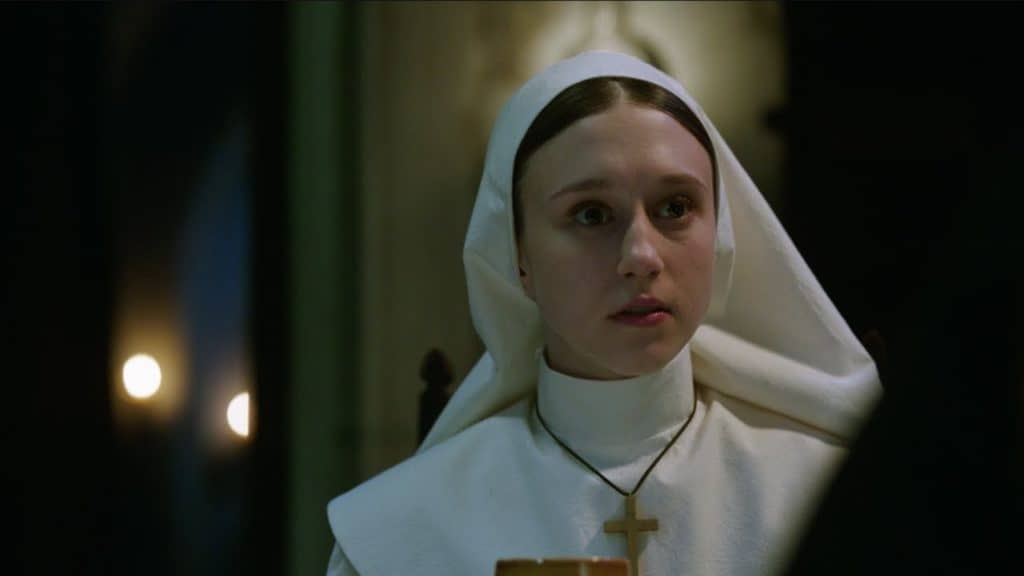 In a faraway land someone has died. No one know the cause or what really happens behind those closed doors.

So, what else is the Vatican supposed to do when they discover it is a nun from that distant convent that has died mysteriously? Send in the priest with special, other worldly skills and a soon to be nun that holds a secret of course.

The Nun is the newest movie to hit the big screen that takes us on an twisted path where demons rule and nothing will stop in their way. In what could have been a dark and horrifying adventure takes you on road to a little known covenant in Romania where a nun’s body was found. Father Burke takes along a young nun novitiate to the convent to investigate the death. What awaits them is nothing short of terrifying. After some visions of her own that direct her to the dark side of the covenant, Sister Irene discovers the real reason behind the nuns sudden and mysterious death; a secret that the Vatican will ensure stays hidden. Through her visions, the pair is taken on a twisted trail of evil, death, and redemption.

Overall the movie was ok and there were a few moments that made me jump out of my seat. The premise of the movie is quite terrifying and there were moments that could have stood out more. I like that the movie added elements that followed along through the movie as well as added elements from the original The Conjuring movie. If you are a horror movie fan then this is a must see to keep up with the series.  If you are looking for a movie to scare you then you might want to skip this one. 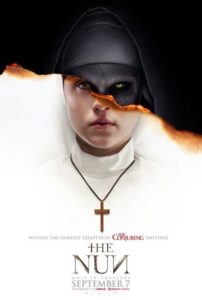 When a young nun at a cloistered abbey in Romania takes her own life, a priest (Demián Bichir) with a haunted past and a novitiate on the threshold of her final vows (Taissa Farmiga) are sent by the Vatican to investigate.  Together they uncover the order’s unholy secret.  Risking not only their lives but their faith and their very souls, they confront a malevolent force in the form of the same demonic nun that first terrorized audiences in “The Conjuring 2,” as the abbey becomes a horrific battleground between the living and the damned.  Starring Demián Bichir, Taissa Farmiga, Jonas Bloquet, Charlotte Hope, Ingrid Bisu, Bonnie Aarons. Directed by Corin Hardy. (WARNER BROS.) This film is rated R.