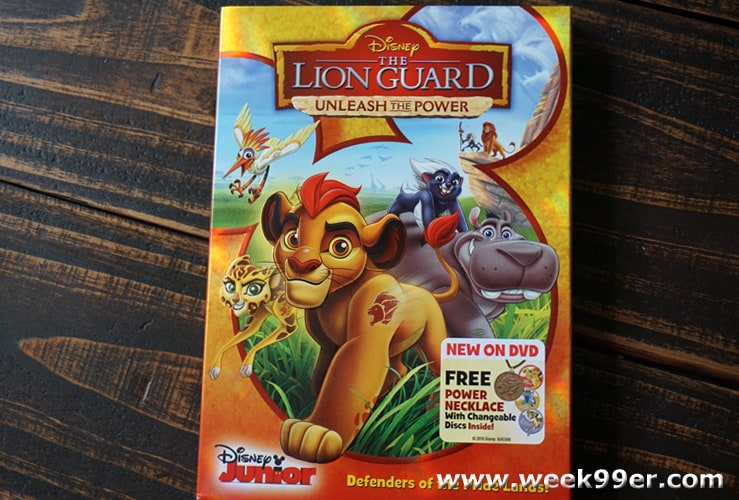 It’s time to feel the power of the Lion Guard! Disney has released The Lion Guard Unleash the Power on DVD, a fun filled DVD with six episodes and includes a Power Necklace inside with discs to channel the powers of your favorite characters. The DVD was was released last month and has already become a great addition to our Lion Guard collection.

Following the story of the Lion King, The Lion Guard takes you on adventures with Kion and his friends as they partner together to protect Pride Rock. The new episodes show new partnerships in the Pride Rock and include new songs and musical numbers in the tradition of the Lion King. The short episodes are entertaining and all focus around friendship, working together and that heroes can come in all shapes and sizes.

The Lion Guard Unleash the Power has a total run time of 137 minutes and is rated G. The DVD includes six episodes your kids will love watching again and again. Episodes include:

Check out these fun clips from the new DVD and even print out great activities for your kids below:

THE EYE OF THE BEHOLDER