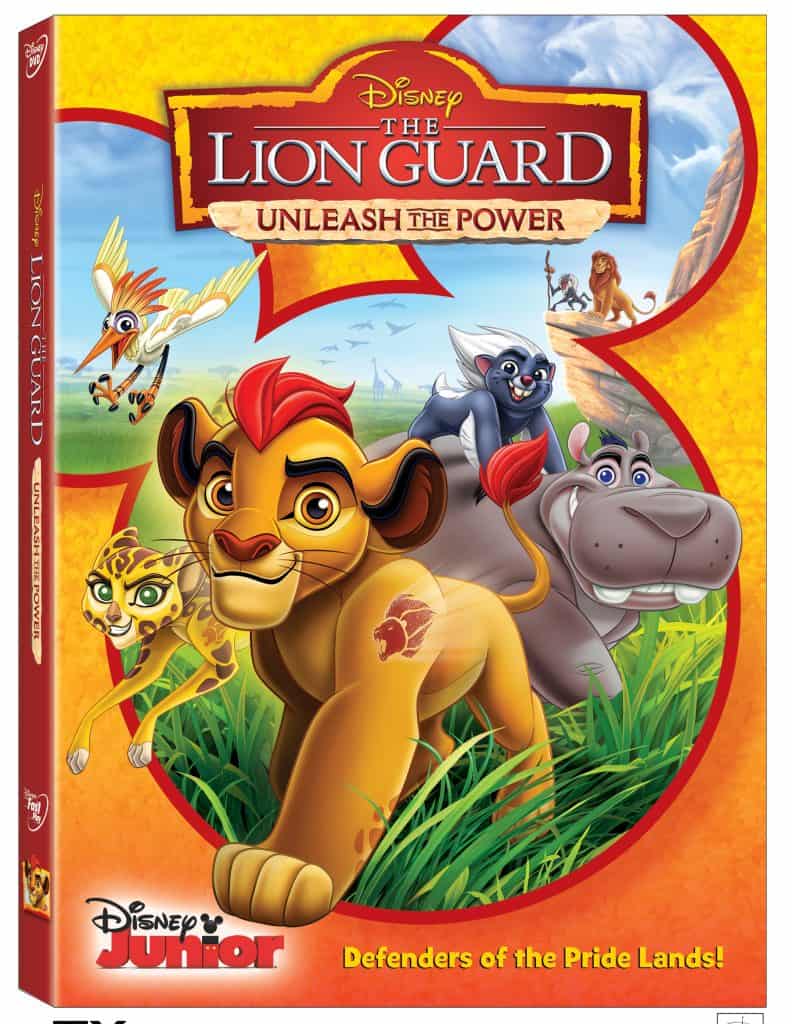 I never thought that the Lion King series could get any better than the original – then of course Disney proved me wrong with the sequel. Still one of the most loved series in our house, but no doubt in several others, Disney keeps the Pride Lands alive with their all new series The Lion Guard! Now, they are releasing another in the series to DVD later this year The Lion Guard: Unleash The Power will come to DVD on September 20th, and we can’t wait to add this to our collection!

Disney’s epic adventure The Lion King continues with Simba and Nala’s second-born cub, Kion, and his Lion Guard team as they continue on adventures together throughout the Pride Lands! Follow our group of unlikely heroes: Bunga the honey badger, Fuli the cheetah, Beshte the hippo and Ono the egret. Join this heroic band as they use their unique abilities to protect the Pride Lands and maintain the Circle of Life. As King Mufasa said,” Everything you see exists together in a delicate balance. As king, you need to understand that balance and respect all the creatures, from the crawling ant to the leaping antelope.”

This new movie is packed with laughs, music, beloved characters and heart, The Lion Guard: Unleash the Power is a must-own for the entire family! Bring home this heroic adventure on Disney DVD September 20th!

The Lion Guard: Unleash the Power will include six episodes, has a total run time of 132 minutes and will be rated TV-Y. Episodes include: