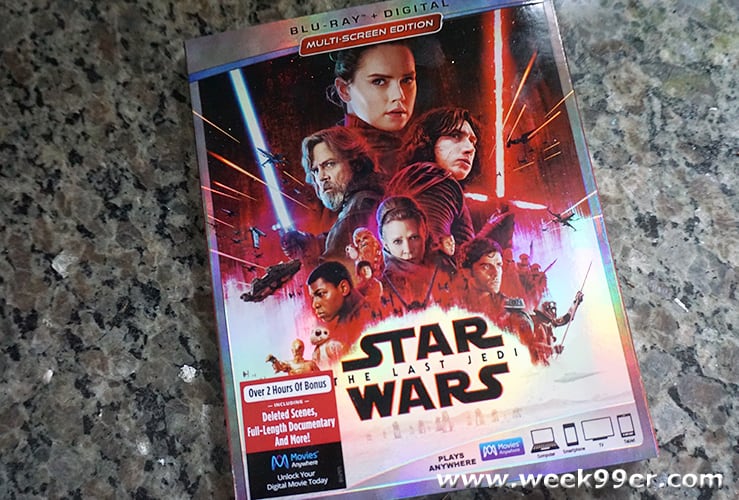 The day that Star Wars fans have been waiting for is finally here. Star Wars: The Last Jedi is finally available to bring home and watch on DVD, Blu-Ray and Digital HD. The movie is one that fans have been waiting on, the last film for Carrie Fisher and one that reveals who Rey actually is (or what they want us to believe now.) But what fans will absolutely love is everything the Blu-Ray combo pack is loaded with bonus feature, deleted scenes and bits of trivia that Star Wars fans are going to geek out over.

The Last Jedi picks up where The Force Awakens left off, with Rey on the cliff side handing the Luke his light saber. It doesn’t go in the direction that fans expect it to and he ends up walking away instead of willingly training Rey. The change in director of the film may have something to do with the change of direction of the story, but it was hard to know where the story was going to go after that big flip. From epic battle scenes, the Force being used and as always some pretty moments as the Rebels take on the Empire.

The story focuses more on discovering who Rey actually is, and for me was one of the most interesting of the movies series so far. Almost a changing of the guards and one that set sup the next chapter of the series beautifully.

You can get The Last Jedi on Blu-Ray, DVD and Digital HD for your next movie night now!