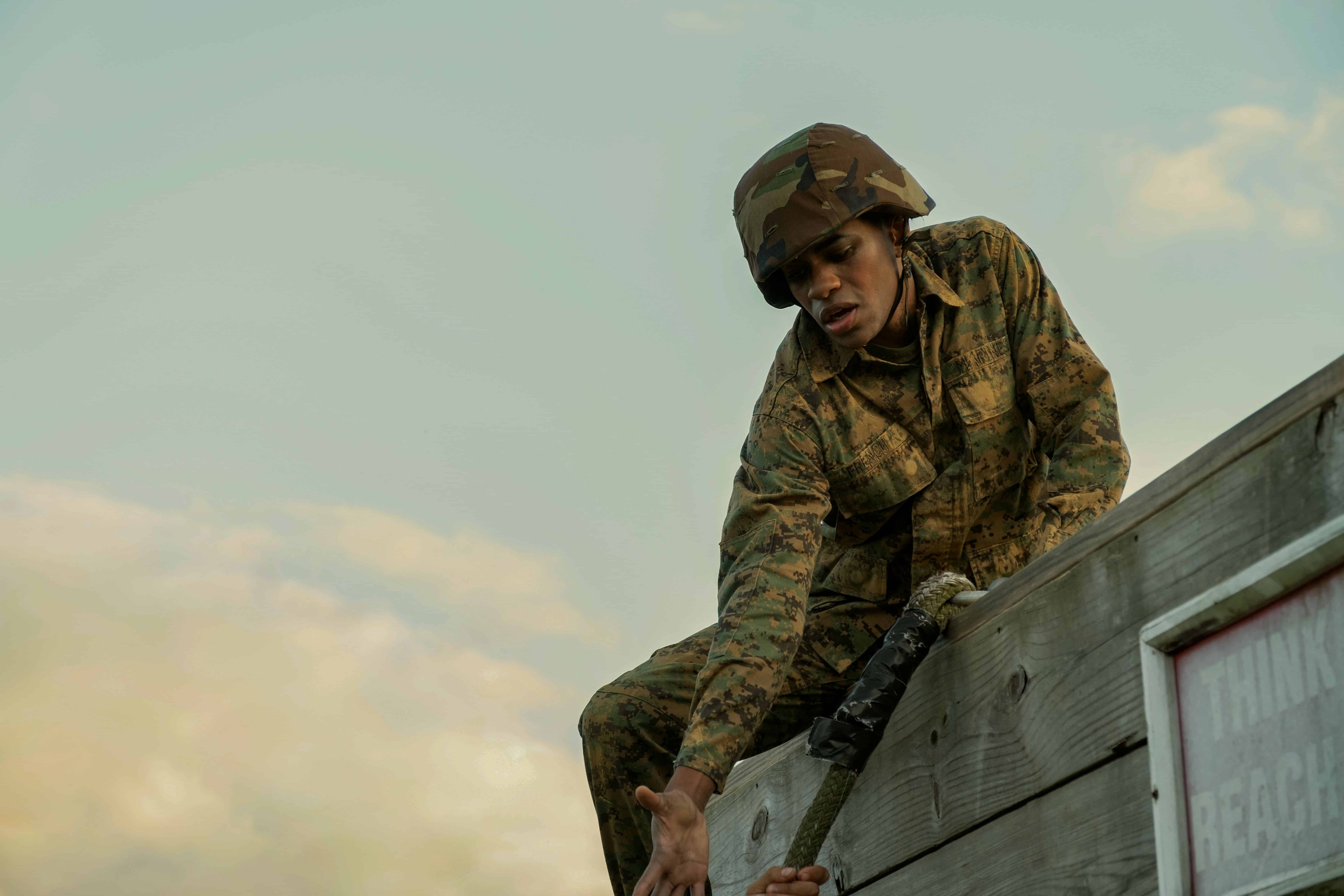 The Inspection follows the story of Ellis French, a young gay homeless man who decides to join the military. It’s not just a regular few weeks of training when French has to not only attempt to hide who he is, but make his way through training while trying to survive abuse from every angle.

While Bootcamp and the military is never an easy transition for anyone, the movie makes it obvious that for some it is a walk in the park compared to what others battle. The movie doesn’t hide it’s not an easy experience, but that there is a hierarchy from the moment young recruits walk through the door. The movie focuses on the biases built into the system and the command chain that still remain, and how that can negatively impact soldiers. It shows the abuse that can happen, and be allowed to happen under the guise of conformity and what happens when people try to fight back.

There are parts of The Inspection that are hard to watch as far as the actual boot camp and inside the military – but that isn’t the hardest part of the movie. French’s mother’s inability to accept him, as a gay man, might be even harder to handle for most viewers. Left homeless as a teen, she almost refuses to even give him his birth certificate to let him enlist, and through the film – she struggles with his identity – but more as it applies to her life and not his. Her lack of concern for her treatment of him, and what throwing him out does is painful to watch. Her character, no doubt based on a real person, seems to have few redeeming qualities while basing her arguments on her faith.

The Inspection, more than anything else is a reminder of the struggles that people go through that we may not see. The movie won’t leave you on a warm fuzzy note – instead, it gives you a glimmer of hope that the future may be better. But it still leaves you hurting for Ellis and what he not only endured but continues to go through. It no doubt mirrors the struggles of the creator Elegance Bratton’s real-life experience which is just as heartbreaking. The movie almost feels like a continuation of Bratton still reaching out to his mother for her approval.

Eye-opening and heart-wrenching, The Inspection is in theaters now.

In Elegance Bratton’s deeply moving film inspired by his own story, a young, gay Black man, rejected by his mother and with few options for his future, decides to join the Marines, doing whatever it takes to succeed in a system that would cast him aside. But even as he battles deep-seated prejudice and the grueling routines of basic training, he finds unexpected camaraderie, strength, and support in this new community, giving him a hard-earned sense of belonging that will shape his identity and forever change his life.