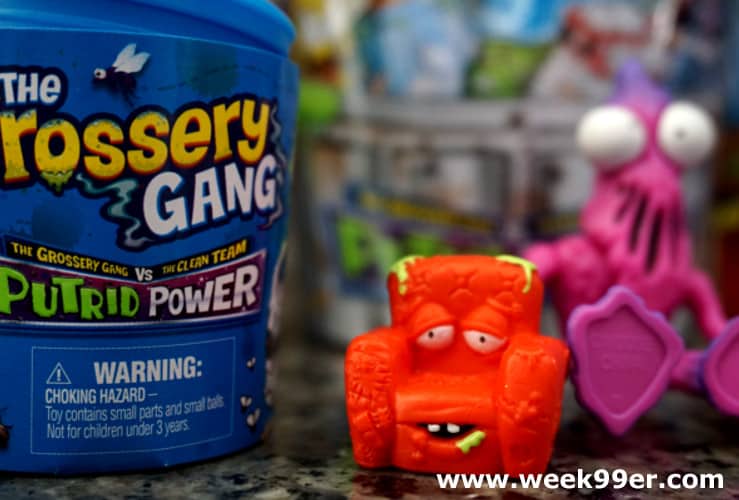 Kids are gross. There’s no way to get around that. Yes, they’re cute, they’re adorable, and a blessing for everyone. But the fact that kids come with a lot of gross parts. From dirty diapers, throw up and once they can start laughing – farts are hilarious (and it’s not just boys!) It’s part of life, and something we all just deal with and handle through the years. 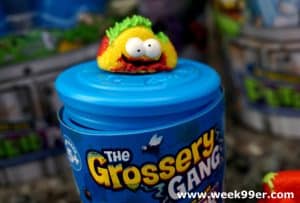 Moose Toys sent us some of their newest Grossery Gang toys for the all new movie and toy release. The toys are disgustingly cute and something that actually reminds me of a toy series my sister and I loved in the 80’s that was all about trash and grossness as well. The toys come in large packages, blind trash cans (come on that’s adorable!) and individual character sets. Inside are collectible toys that are cute, disgusting and of ones that your kids are going to love to trade with friends. All of the new toys are based on the new Grossery Gang Movie Putrid Power: The Grossery Gang Vs. Clean Team. 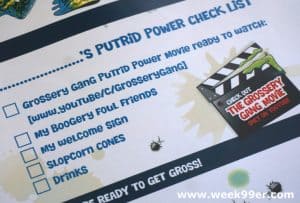 Grossery Gang is back for it’s third season, and things are about to get messier than ever with the introduction of Putrid Power! The Gang has to battle the evil Clean Team who want to wipe them out for good. They are banding together using the stench of old bin juice, our heroes must band together and transform into the ultimate disgusting dudes to fight off the power of clean. The Grossery Gang Movie is a great time and one that your kids are going to love watching – yes it’s gross but that’s just part of the fun! Gather your most putrid friends and check out the Grossery Gang Movie here and see if the powers of Gross can win after all! 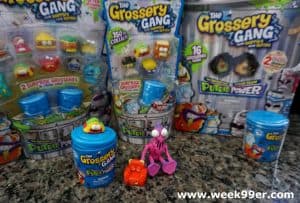 Moose Toys asked us to share our grossest moment with kids – and I have to say it was while watching a friend’s daughter. She was only a few months only and extremely fussy. Even after her bottle she continued to fuss and wanted more. I think that was the night she learned she couldn’t eat as much as she wanted… her, me and half of the room were covered after her Exorcist moment and everything needed washed. It was probably one of the grossest moments I’ve had yet, but I’m sure with kids – there is more to come!

Subscribe for new videos every week from The Grossery Gang! https://goo.gl/rbIxnI

Haven’t seen the Grossery Gang yet? Watch the cartoon series from the beginning! https://www.youtube.com/playlist?list…

Find out more on the App here: https://apps.grosserygang.com/

Moose Toys’ The Grossery Gang has announced the release of their first ever film, Putrid Power: The Grossery Gang vs. The Clean Team. The film will premiere with a one-off green carpet event on Saturday 29 July in LA, before meeting a global audience during its online release on YouTube later that day.
Since launching in 2016, the collectable toys have captured the imagination of children around the world. With a range of over 450 characters released to date, some of the “rotten” but lovable characters include Garbage Mouth, Dirty Danish and Slop Bucket.
According to Moose Toys, the Australian toy company behind the global phenomenon Shopkins, the decision to release the 33-minute film via YouTube was a logical step for the brand to allow kids across the world to get their gross fix on the big screen.

“We created this film to take our fans on an epic adventure with their Grossery Gang friends,” said Co-CEO, Paul Solomon.

“Moose is famous for our innovation and following the success of the short form cartoon series, webisodes and the app, this feature is really taking the Grossery Gang to the next level as one of our premier brands!” he added.

In Putrid Power, fans will be treated to a gripping story of The Grossery Gang taking on the new evil force known as the Clean Team. With Cheap Town now under the terrible threat of being cleaned up for good by the evil Vac Attack and his team of clean freaks, Putrid Pizza, Dodgey Donut and the rest of the gang must band together to fight the power of clean; to save themselves from getting mopped up by the baddies.
Over the past year, The Grossery Gang’s YouTube channel has attracted close to 50,000 subscribers and 30 million views. Epic action images and ready-to-print home premiere packs are now available on The Grossery Gang website with a number of Series 3 Putrid Power Action Figures hitting the shelves this week.