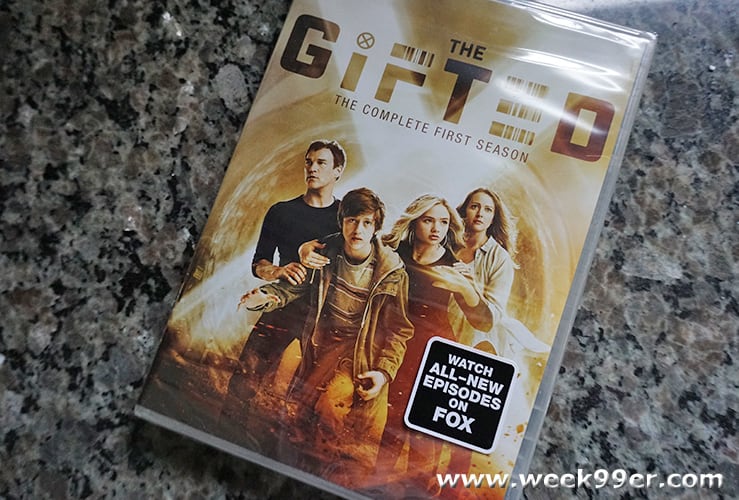 What would you do if you found out your child has special abilities? More than just being good at math, but could do things like fly or control people with their mind? Would you hand them over the government or would you fight to keep them safe and your family together? Based around the possibility of mutant genes, and the base of the X-Men Universe comes a series of families, super heroes and just some pretty awesome effects for a television series.

While at first we were hesitant about another super hero-esque series in a almost saturated market, The Gifted takes it to another level. Keeping closer to the comics than their counter parts, they bring movie quality effects to the screen and keep you engaged through the whole series. With large named actors, a decent story and of course some super hero style abilities, we look forward to checking out more of The Gifted.

You can get the complete first season of The Gifted on DVD now!

About The Gifted Season 1:

The complete first season of The Gifted tells the emotional story of a suburban couple whose ordinary lives are rocked by the sudden discovery that their children possess mutant powers. Forced to go on the run from a hostile government, the family seeks help from an underground network of mutants and must fight to survive.
Set within the “X-Men” universe, the series stars, Stephen Moyer (True Blood), Amy Acker (Suits), Natalie Alyn Lind (The Goldbergs) and Percy Hynes White (Night at the Museum: Secret of the Tomb) as the Strucker family. Also featured in the series are Sean Teale (Voltron) as Eclipse/Marcos Diaz; Jamie Chung (Gotham) as Blink/Clarice Fong; Emma Dumont (Pretty Little Liars) as Polaris/ Lorna Dane; Blair Redford (CSI) as Thunderbird/John Proudstar; and Coby Bell (The Game) as Sentinel Services Agent Jace Turner.