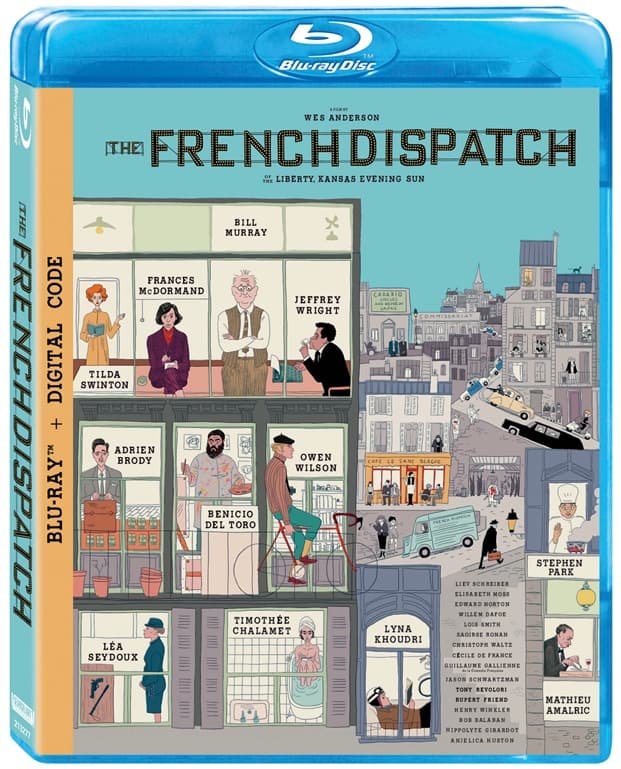 Academy Award® nominee* and visionary filmmaker Wes Anderson presents his 10th film, The French Dispatch. An homage to literary journalism, French culture and classic cinema the film is praised by critics and audiences alike for its exquisite visuals, captivating performances and unique artistry. Add The French Dispatch to your collection on Digital December 14 and on Blu-ray and DVD December 28.

* Best Picture Nominee for The Grand Budapest Hotel in 2014

About The French Dispatch