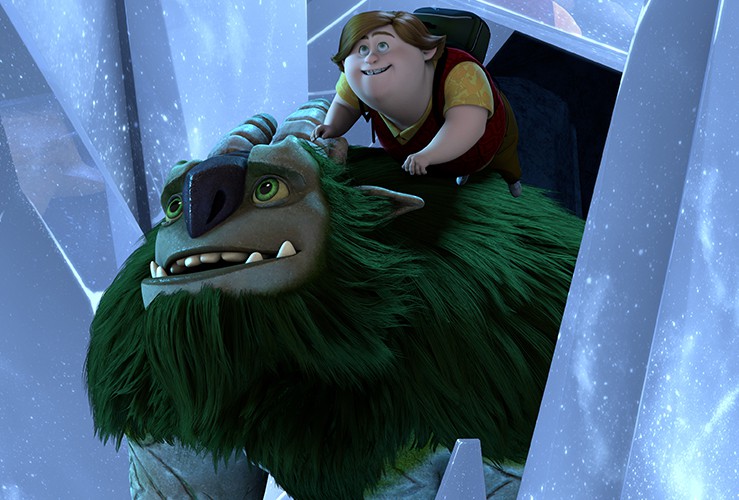 All good things come to an end, but before we see the end of Trollhunters we have another amazing season to watch! Debuting on Friday, the third and final season Trollhunters is hitting Netflix. The series wraps up as the fate of the world hangs in the balance and the team must recruit the help of Merlin to save the world. All of these episodes are leading to the stories in the Tales of Arcadia series and we can’t wait to see where the creative genius of Guillermo del Toro takes us next!

DreamWorks Trollhunters Part 3 debuts on May 25th, exclusively on Netflix, which marks the final season of Guillermo del Toro’s Emmy-winning series.  A full trailer is now available, along with more details below. 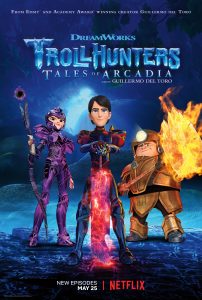 In DreamWorks Trollhunters Part 3, the fate of troll and human civilizations hang in the balance. The Trollhunters are racing to stop Gunmar and the now resurrected Morgana from bringing about the Eternal Night and shrouding the world in darkness forever. To defeat them, the team must seek the help of the legendary wizard Merlin to unlock his ancient magic and unleash a powerful weapon that will alter the course of their lives forever.

DreamWorks Trollhunters Part 3 marks del Toro’s most recent directorial project as co-director of the two-part series finale alongside executive producer Rodrigo Blaas. The duo previously won a Daytime Emmy for Outstanding Directing in an Animated Program for their work on season one.

Aja and Krel, voiced by Maslany and Luna, are two mysterious new students who unknowingly come to the aid of the Trollhuntersteam in the fight against Morgana. The duo will also reprise their roles and serve as the leads of the next installment of del Toro’s Tales of Arcadia trilogy, DreamWorks 3 Below, set to debut on Netflix later this year.

Hirsch steps into the role of Jim Lake, Jr., originally voiced by the late Anton Yelchin.

Premiering in 2016 to critical acclaim, Trollhunters introduced audiences to the seemingly quiet town of Arcadia and an ordinary kid who embarks on an extraordinary adventure in a hidden world right beneath his feet. The first season lead the 2017 Creative Arts Daytime Emmys with six wins, more than any other program, including writing for an animated program (Marc Guggenheim), directing (Blaas, del Toro), casting (Ania O’Hare, Mary Hildalgo) and a voice acting win for Grammer. The second season received four nominations for the 2018 Creative Arts Daytime Emmy Awards, including a win for Outstanding Writing in Animated Program.