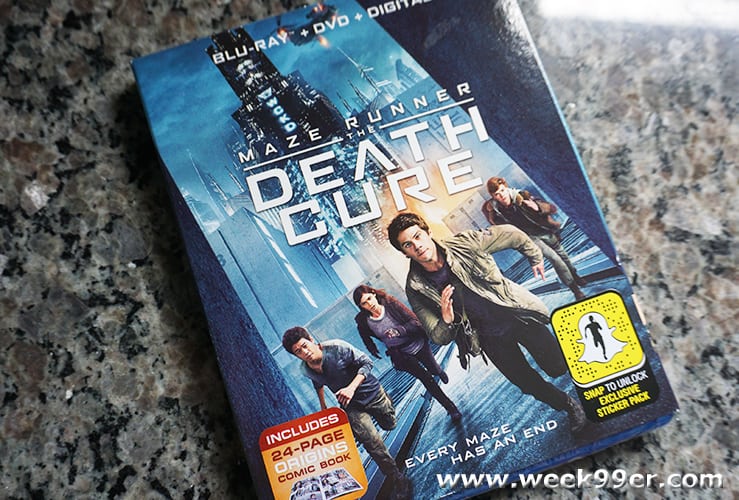 The final chapter of the Maze Runner series is here and available for you to take home. The Maze is ending but not without a lot of action that will have you the edge of your seat. And now, you can bring Make Runner: The Death Cure home on Blu-Ray and DVD with a special 24 page origins comic book inside.

It may be the third movie in the series but the story is just as strong as Thomas leads his group of escaped Gladers on their final mission. They’re looking for answers, and of course will find some along the way. With action, the deadliest maze they’ve encountered so far and new issues will they make it out alive? We enjoyed the movie and thought it was a great way to end the series for the franchise.

Get your copy of Maze Runner: The Death Cure on Blu-Ray, DVD and Digital HD now!

In the epic conclusion to the Maze Runner saga, Thomas leads his group of escaped Gladers on their final mission. To save their friends, they must break into the legendary Last City, a WCKD-controlled labyrinth that may turn out to be the deadliest maze of all! Anyone who makes it out alive will get answers to the questions the Gladers have been asking since they first arrived in the maze.