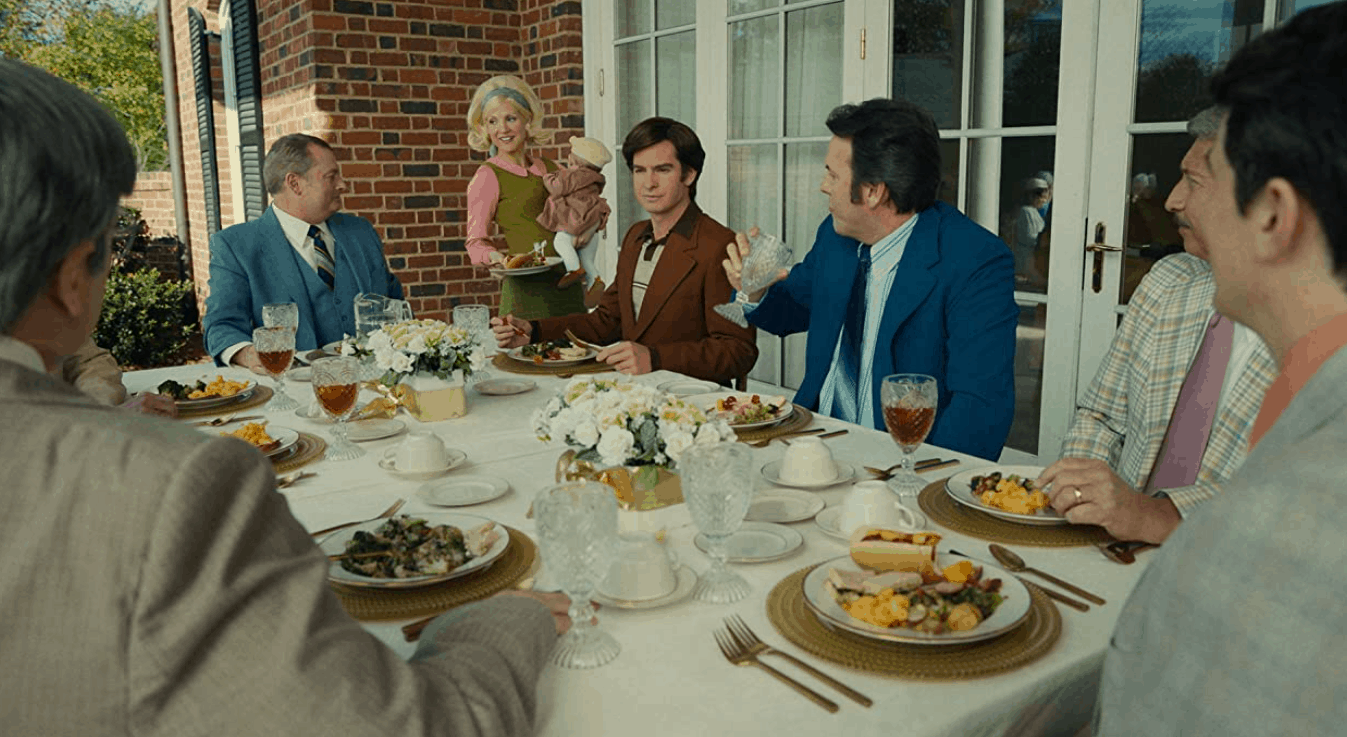 There’s no doubt that if you had a television in your home in the 70’s and 80’s you saw the rise of televangelists and their shows and networks. And one of the most recognizable faces from that time wasn’t one of the preachers on the screen, but Tammy Faye Bakker a performer more than a preacher that you most likely remember. Her face was coated in makeup, huge hair, and a midwestern twang as she talked. Other than the smiling face on the screen, and the scandals that came later – what do we know about Tammy Faye?

Focus Features new film The Eyes of Tammy Faye tries to give audiences a bit of insight into her life, from poverty to the screen, to shame and everywhere in between. The movie starts with her childhood and her being kept out of church despite her passion for religion and even shows her speaking in tongues in a small church. But then shows the Bakker’s climb through their own religious network, and rise financially.

The movie touches a lot on the marital issues the Bakkers had, issues with medication dependence, and financial woes that would eventually be the end of their network. It does end before talking about how Tammy Faye died, or how Jim restarted the PTL in Branson, Missouri, and further legal troubles he had. But it does give just enough information that you know someone close to the family was consulted when making the film.

Who could play someone as interesting as Tammy Faye? Although there are a lot of facial prosthetics used throughout the film, and some that even make her look like Sharon Osbourne, the role is played masterfully by Jessica Chastain. She disappears into Tammy Faye and brings the personality to the character and person. The makeup, prosthetics, and hair, Chastain is a convincing Tammy Faye and you almost feel like you’re watching the real person come back to life again to tell her own story.

The Eyes of Tammy Faye is in on Friday, September 17th, and anyone who remembers the eccentric couple on their television screen will enjoy seeing this movie and learning more about them. It may, however, create more questions for you and you may find you’re spending the rest of the evening googling for answers.

Do we think that everything in The Eyes of Tammy Faye is exactly how things happened? No, there most likely is some embellishment that happened during the production, but with two people who were basically caricatures in real life – it does leave it open enough it could be reality. Because often reality is stranger than fiction. This movie is one that is perfect for anyone who wanted to know more about this eccentric couple, and wanted a little bit of gossip as you watch it. It will really open your eyes to what may have actually happened.

About The Eyes of Tammy Faye

THE EYES OF TAMMY FAYE is an intimate look at the extraordinary rise, fall and redemption of televangelist Tammy Faye Bakker. In the 1970s and 80s, Tammy Faye and her husband, Jim Bakker, rose from humble beginnings to create the world’s largest religious broadcasting network and theme park and were revered for their message of love, acceptance and prosperity. Tammy Faye was legendary for her indelible eyelashes, her idiosyncratic singing, and her eagerness to embrace people from all walks of life. However, it wasn’t long before financial improprieties, scheming rivals, and scandal toppled their carefully constructed empire.