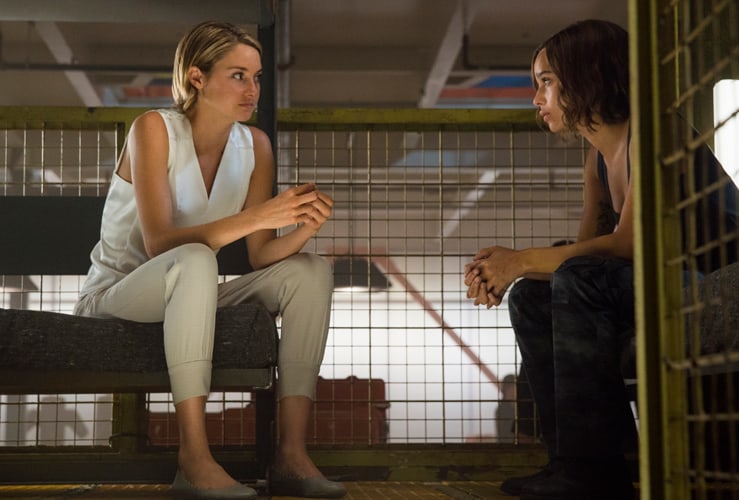 Audiences were captivated by Divergent when it came to theaters, and as each of the sequels came out – people rushed to the theaters to see them. I can’t say we were any different the post war world around Chicago is so well done, you want to see where the story goes next. We’re waiting patiently to add Allegiant to our collection, but if you’re a fan of Digital copies – you can snag it today! If you’re like me, don’t worry – Allegiant is coming to DVD, Blu-Ray and 4K Ultra on July 12th. Check out everything that comes on the discs below as well as a clip from the movie and a behind the scenes extra as well.

Get Allegiant on HD Digital Today!

“Bubbleship”
Get an inside look into the creation, execution, and concepts behind the Bureau’s most dynamic craft: The Bubbleship, featured in The Divergent Series: Allegiant

In this third exciting film in The Divergent Series, Tris and Four lead a team of rebels in a daring escape over the city wall—into a strange new world where they face a threat more dangerous than they ever imagined. Together, Tris and Four wage a furious battle for survival, fighting not only for their factions and loved ones, but for the future of an entire city in this dynamic, action-packed adventure.

The Blu-ray and Digital HD releases feature an in-depth look behind-the-scenes with six all-new featurettes plus audio commentary with producers Douglas Wick and Lucy Fisher. The Blu-ray is encoded in Dolby TrueHD and features a Dolby Atmos® soundtrack, which delivers captivating sound that places and moves audio anywhere in the room, including overhead, to bring entertainment alive all around the audience. The Divergent Series: Allegiant will be available on 4K Ultra HD Combo Pack, Blu-ray Combo Pack, and DVD for the suggested retail price of $42.99, $39.99 and $29.95, respectively. For viewers who need to catch up on the series, the first two installments, The Divergent Series: Divergent and The Divergent Series: Insurgent, will be available on 4K Ultra Combo pack on July 12 as well.