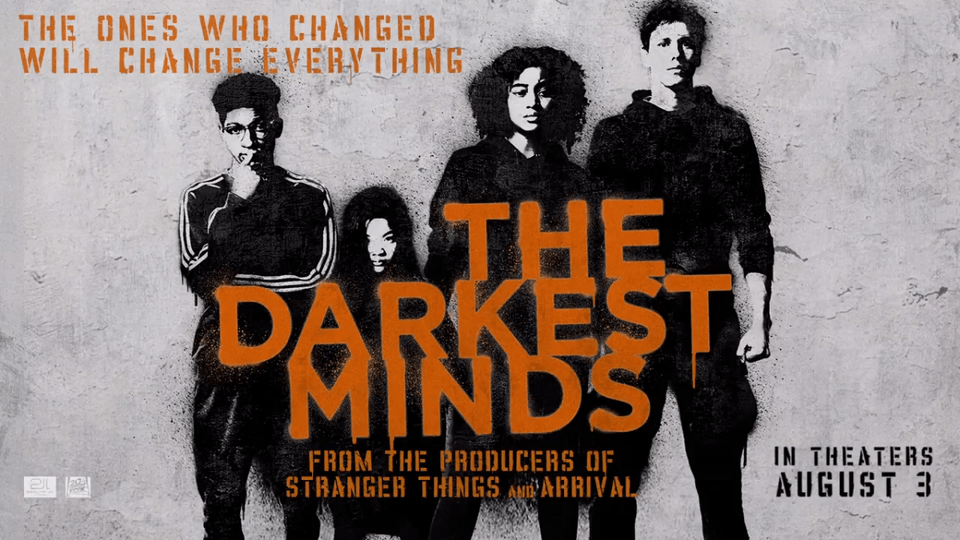 While the market seems to flooded with different tween movies, where the fate of the world lands in the hands of a strong teenager. The newest to add to the list is The Darkest Minds, based on the book by Alexandra Bracken. The story is the first in a trilogy and how the movie is set up you can tell that it is mostly the back story and setting up for hopeful sequels for the big screen.

What happens when 90% of the children in the world die and the remaining develop powers. The remaining children are feared and placed in camps and essentially used as slave labor – at least the ones who are deemed “safe” enough. The others are eliminated. After six years in a camp, Ruby Daly, is broken out of the camp she’s been held in and thrown into a world where she can’t trust adults or even some of the remaining kids she encounters. She finds herself in the company of three other kids who are looking for a safe area for kids to go to, but hides her true self from them to help protect herself and them.

Overall the movie is fun to watch and it’s nice to see a different story brought to the scene. There are of course some unrealistic parts to the movie, as you would expect in any teen dystopian movie or novel. The whole story takes place over the course of a few days and there is a full love story woven through it, however as fast as teenagers fall in and out of love that actually isn’t that unbelievable. It didn’t seem however the movie actually got much done, which if they’re leaving it open ended for sequels that makes sense.

The movie will either go one way or another, either it will have a huge following or not do well. It would be interesting to see where the story goes from there and if it stays close to the books or not.

Parental Warnings: The movie has some swearing throughout the movie and there is one scene with an attempted sexual assault, and several deaths. This movie is rated PG-13 so some of this should be expected, but use your best judgement.

About The Darkest Minds: 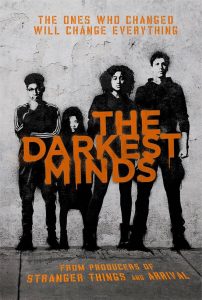 When teens mysteriously develop powerful new abilities, they are declared a threat by the government and detained. Sixteen-year-old Ruby, one of the most powerful young people anyone has encountered, escapes her camp and joins a group of runaway teens seeking safe haven. Soon this newfound family realizes that, in a world in which the adults in power have betrayed them, running is not enough and they must wage a resistance, using their collective power to take back control of their future.

This film is rated PG-13