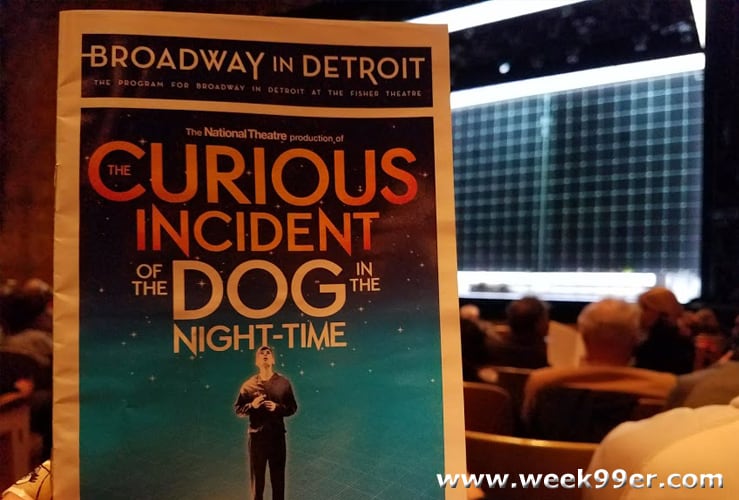 There virtually isn’t a person out there that hasn’t had autism touch their lives in one way or another. We all either know someone who is autistic or have friends or family that are on the spectrum. The disorder is something that is becoming a large part of our society, and sometime it’s hard to recognize that someone may be living with the disorder.

The Curious Incident of the Dog in the Night-Time is a five time Tony Award winning Broadway play (not musical) that actually puts you in the the mind of a teenage boy who has autism. With the use of lights, sounds, musics and digital animations The Curious Incident shows you what it would be like to be in the mind of Chris, as he goes outside his comfort zone to find out who killed a dog. The play not only pushes Chris to his limits as he goes against his father’s warnings, but takes him to new heights as he tries to discover the answers to a new mystery he stumbles upon.

The show is touching, a bit heart breaking and at times a bit overwhelming. For me, the greatest irony of the show is it speaks so closely to my own experiences with friends with autism, but is not a show that someone with autism would be able to watch due to to the forced stimulus overload. The depiction of the London Underground was about spot-on even if you do not have autism, as it’s overwhelming your first time using that system.

Be sure to check out The Curious Incident of the Dog in the Night-Time while it’s still at the Fisher Theatre until May 14th!

THE CURIOUS INCIDENT OF THE DOG IN THE NIGHT-TIME 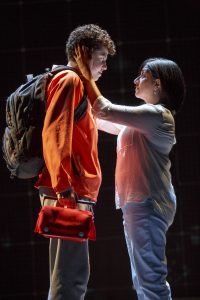 Curious Incident of the Dog in the Nightime

Fifteen-year old Christopher has an extraordinary brain; he is exceptionally intelligent but ill-equipped to interpret everyday life. When he falls under suspicion for killing his neighbor’s dog, he sets out to identify the true culprit, which leads to an earth-shattering discovery and a journey that will change his life forever.

CURIOUS INCIDENT transferred to London’s West End, following a sold-out run at the National’s Cottesloe Theatre in 2012. The production received seven 2013 Olivier Awards, including Best New Play and continues a successful run at the Gielgud Theatre in London.  A UK and Ireland Tour launched in 2014 and a second tour of the UK and Ireland will embark in January of 2017.

Mark Haddon’s novel The Curious Incident of the Dog in the Night-Time was published in 2003. It was the winner of more than 17 literary awards, including prizes in the US, Japan, Holland and Italy as well as the Whitbread Book of the Year Award in the UK in 2004, and has been translated into 44 languages. His latest work, The Pier Falls, was released in May 2016.

Follow THE CURIOUS INCIDENT OF THE DOG IN THE NIGHT-TIME:

Performance times for THE CURIOUS INCIDENT OF THE DOG IN THE NIGHT-TIME appearing May 2-14, 2017 at The Fisher Theatre, located at 3011 West Grand Blvd., in Detroit are: