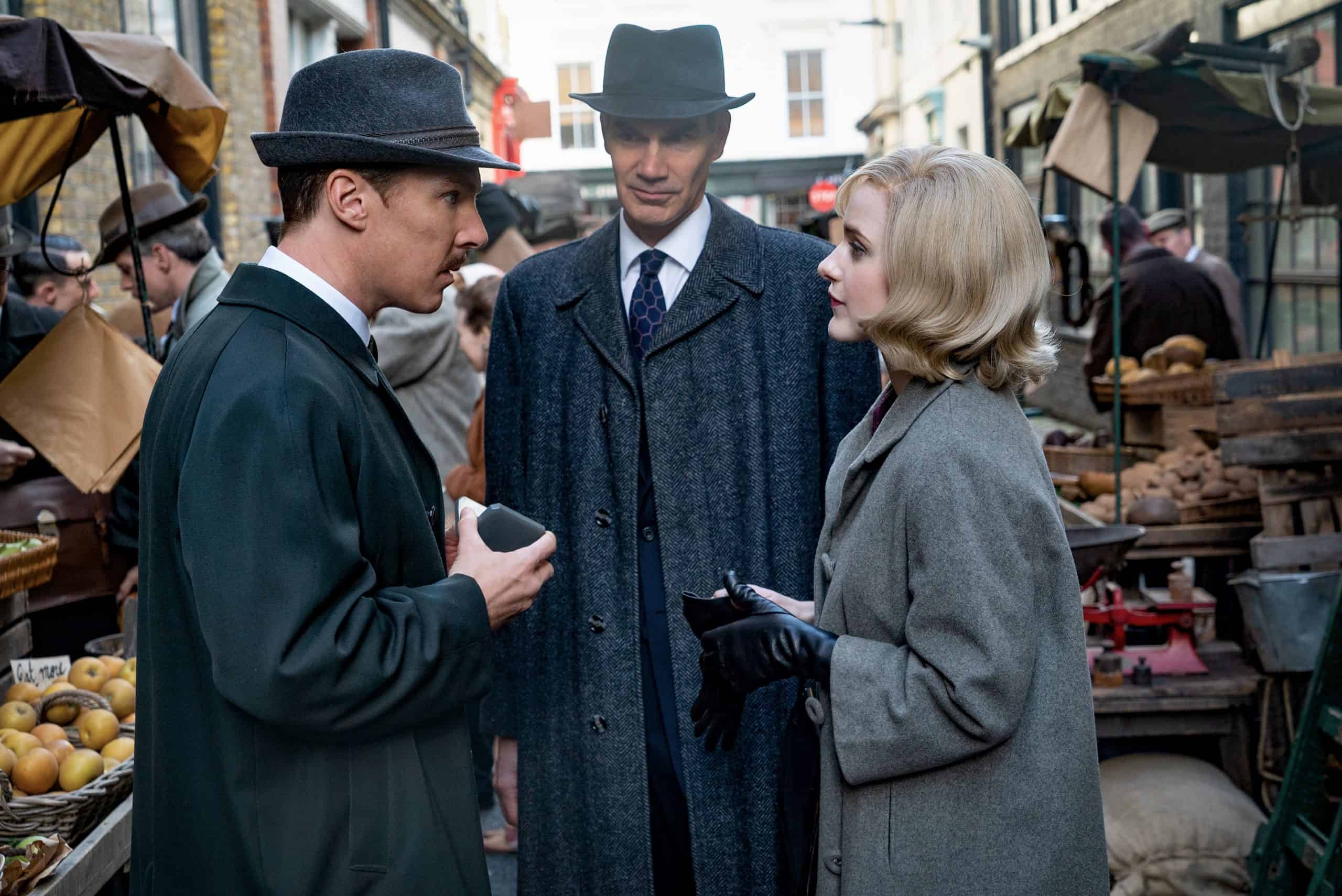 Although it seems like the Cold War is long in our past, the tumultuous part in our global history is still a period of time that many people can remember. From the drills hiding under desks in school, to fall out shelters and preparing for the ultimate “what if” situations in the case of nuclear attack. And while most younger generations now know of the Cold War as a lesson in their history book, the stories from this period are still being found and shared with new audiences.

In Lionsgate’s newest release, The Courier, one of these stories is finally making it to the big screen. The movie follows the story of Greville Wynne (played by Benedict Cumberbatch), a regular businessman who is recruited to help smuggle soviet information back to the British and US intelligence agencies. Like many other spy movies, the film seems to be cloaked in darkness, some ominous music that leads the viewer to the story. But unlike ones that focus on actual agents or ones made up to move a story along, The Courier brings up the real risks and the effects the job has on his family throughout all that transpired.

While The Courier has a bit of a slower cadence, the movie is one that will attract history buffs and regular viewers alike. With a solid cast and interesting subject, the story is engaging enough to keep your attention. The movie will, however, leave you asking how many more of these stories are there out there that we haven’t heard. And if we ever will.

THE COURIER will be available to rent for $19.99 through On Demand platforms such as Apple TV, Amazon Prime Video, VUDU and cable providers starting April 16, 2021.

The Cold War espionage thriller will be coming to homes everywhere when THE COURIER arrives on April 16, 2021, on Premium Video on Demand. Benedict Cumberbatch, Merab Ninidze, Rachel Brosnahan, Jessie Buckley, and Angus Wright star in the incredible true story of a British spy and Russian sleeper agent who put everything on the line to avert nuclear conflict.

In this true-life Cold War spy thriller, unassuming British businessman Greville Wynne (Benedict Cumberbatch) becomes entangled in one of the greatest international conflicts in history. Recruited by MI6 and a CIA operative (Angus Wright and 2018 Primetime Emmy® and 2018 & 2019 Golden Globe® winner Rachel Brosnahan, “The Marvelous Mrs. Maisel,” Best Actress in a TV Comedy Series), Wynne forms a covert partnership with Soviet officer Oleg Penkovsky (Merab Ninidze), and both men risk everything in a danger-fraught race against time to provide the intelligence needed to prevent nuclear confrontation and end the Cuban Missile Crisis.