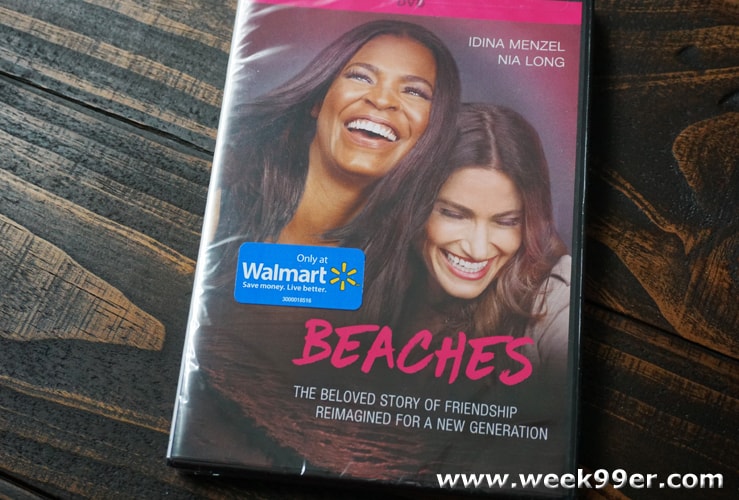 The original Beaches is a classic movie that won the hearts of a generation. And in the latest Lionsgate release and remake of Beaches – the story is recreated for modern times. Every woman has a best friend, and while you may not come from the same background – it’s the differences you experience that direct your friendship and futures together.

We were sent a copy of Beaches by Lionsgate, and it definitely isn’t the same story I grew up watching. Yes, there is the underlying story of friendship with unlikely beginnings and it has the same heart as the original. But the story has been reborn, it has been rewritten and updated quite a bit. The story is one that a modern generation can relate to and will love for years. It will never replace the original Beaches, but it is a nice update on the story and one that younger generations will appreciate with talent they recognize today.

Relive the powerful story of lifelong friendship in an all-new remake of the classic movie when Beaches arrived on DVD at Walmart on May 9 from Lionsgate and is available on Digital HD. Tony Award® winner Idina Menzel and NAACP Image Award Winner Nia Long star as two very different women who share an unexpected friendship that, even with its ups and downs, lasts for decades. This new version of the 1988 film includes performances by Menzel of iconic songs from the original movie such as “Wind Beneath My Wings” and “The Glory of Love,” in addition to Menzel’s new original song, “Last Time.” The Beaches DVD is available at Walmart for the suggested retail price of $14.98.

In this contemporary remake, Beaches follows the serendipitous meeting of two young girls on the Venice Beach Boardwalk, who, though worlds apart in lifestyle, embark on an unexpected and lifelong friendship. CC (Idina Menzel) is an aspiring singer trying to make it in Los Angeles when she is discovered by a director who gives her her first big shot. Hillary (Nia Long), the daughter of a prominent civil rights lawyer, struggles to find her own destiny. Their friendship — even with its ups and downs — sustains them for decades. Gabriella Pizzolo, Grace Capeless, Jodi Capeless, Sanai Victoria, and Antonio Cupo costar.