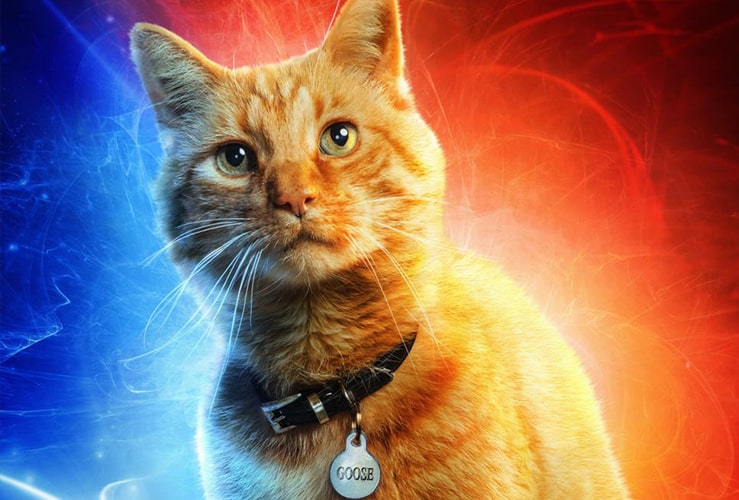 Today, Marvel Studios released the character posters (one sheets) for their latest super hero release. We see future agents, Nick Fury, Carol Danvers and one very important difference than we’ve seen in all of the other releases a poster for a cat.

Ok, let’s be honest, as cat lovers we’re excited to see a pet side kick (in almost true Disney style). But the “cat” in the upcoming Marvel film isn’t exactly a cat. Just like in the comics Danvers has a cat that is with her throughout the film. But there are a few changes – he is not named Chewie like in the comic book. Instead, we have Goose (we’re guessing a nod to Top Gun here?) and he’s as adorable as any house pet you can expect. He actually looks a lot like our cat at home.

But Goose isn’t a cat at all, he’s actually a Flerken which is an alien race from the alternate reality Earth-58163. He looks like a cat, but inside his mouth are tentacles that can help him fight battles, pocket dimensions and teeth inside the suckers.

So besides being ridiculously adorable and a poster of a character we instantly want to cuddle – Goose may come into play in some of the battles we see in Captain Marvel when it hits theaters. Such an unimposing character, but one that will no doubt play a big role. And we can’t wait to see the merchandise that they make of Goose!