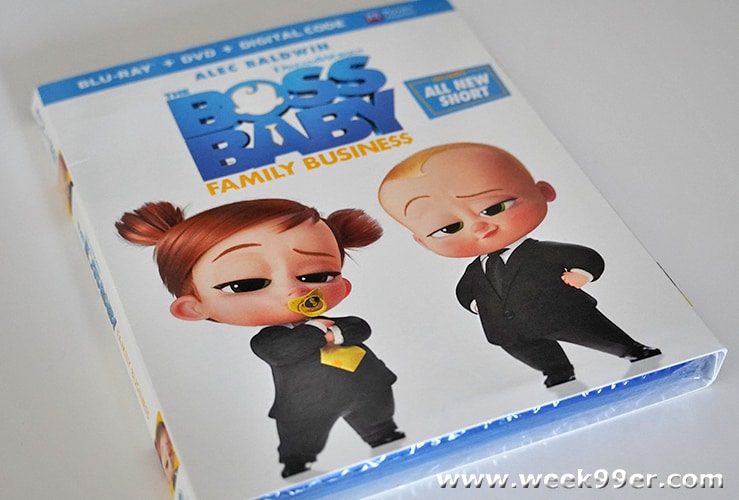 Are you ready for a fun new adventure with your favorite executives from BabyCorp? That’s right – The Boss Baby is back, and this time – it’s time for a new generation to take over. The sequel of the original Boss Baby film is one that kids are going to enjoy watching and now is available on Blu-Ray, DVD and Digital HD. This adventure takes a definite twist on the original story and will have kids laughing at the ridiculous situations the characters get into.

The Boss Baby is back and reporting for business in DreamWorks Animation’s THE BOSS BABY: FAMILY BUSINESS, a hilarious sequel guaranteed to bring the whole family together for non-stop adventure and laughs. The Boss Baby Family Business is now available to own on Digital and on 4K Ultra HD, Blu-Ray™ and DVD on September 14, featuring an all-new short from Universal Pictures Home Entertainment.  Building on the success of the first film, welcome back brothers Ted (Alec Baldwin) and Tim (James Marsden) as they’re introduced to a brand-new boss baby, Tim’s daughter Tina (Amy Sedaris), who is on a mission from BabyCorp. The entertainment extends beyond the film with all-new exclusive bonus features offering endless fun and sure to get the entire family into the ‘back-to-school’ mode.  These features include a brand-new animated short, deleted scene, gag reel, interactive Creative Experiment Labs, Boss Baby Art Class and more.

In the sequel to DreamWorks Animation’s Oscar®-nominated blockbuster comedy, the Templeton brothers—Tim and his Boss Baby little bro Ted—have become adults and drifted away from each other. Enter new boss baby Tina with a cutting-edge approach and can-do attitude that is determined to bring them together again…and inspire a new family business.