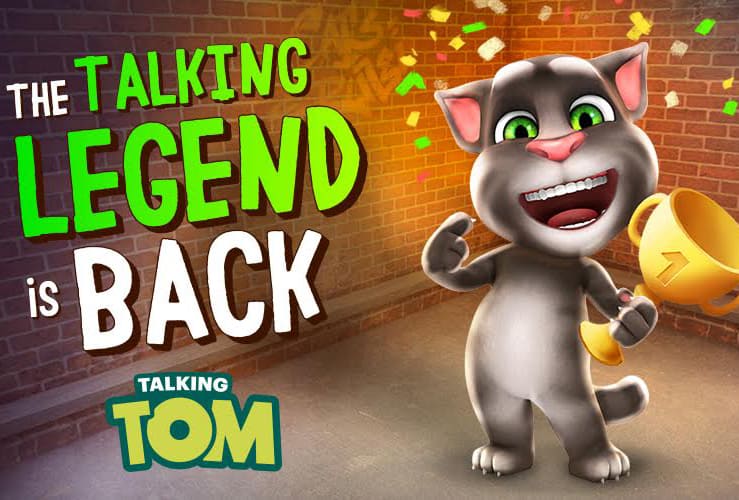 One of our favorite apps is getting an update and now he wont be the only one talking about it! Talking Tom is back, and has been redesigned, reimagined and updated. Your kids will love the new app with the talkative Tom and get ready to hear more burps and farts as they check it out!

The new and improved Talking Tom Cat reimagines the virtual legend himself, giving him a contemporary look, plus over a dozen new animations that include Tom’s kooky reactions to eating new foods like a fiery chili, a submarine sandwich, a popsicle and more. The repeat function that made him famous is still there, as well as the ever-popular farts and burps that kids love.

With over 3.6 billion total downloads across the Talking Tom and Friends umbrella, fans have grown to love each and every new release of the franchise. Over the last six years, players have spent an astronomical 945 thousand years playing with Talking Tom apps; knocking him down over 191 billion times.

The success of this global-mobile sensation has spawned products, a movie deal, and a hit YouTube show Talking Tom and Friends with over 470 million-plus views. The series features an all-star voice cast led by Golden Globe® and Emmy®-nominee Colin Hanks (“Fargo”) and Tom Kenny (“SpongeBob SquarePants.”) Fans can join Tom and the gang each week while they shoot their own reality TV show in Tom and Ben’s app studio. Perfect for fun family viewing.

Watch the wackiness weekly at http://talkingtomandfriends.com/

This worldwide talking phenomenon is a must-play. Don’t miss out on the fun! The best thing is that Tom’s still free and available for all platforms including iOS, Android, Windows and Amazon at http://outfit7.com/applications/