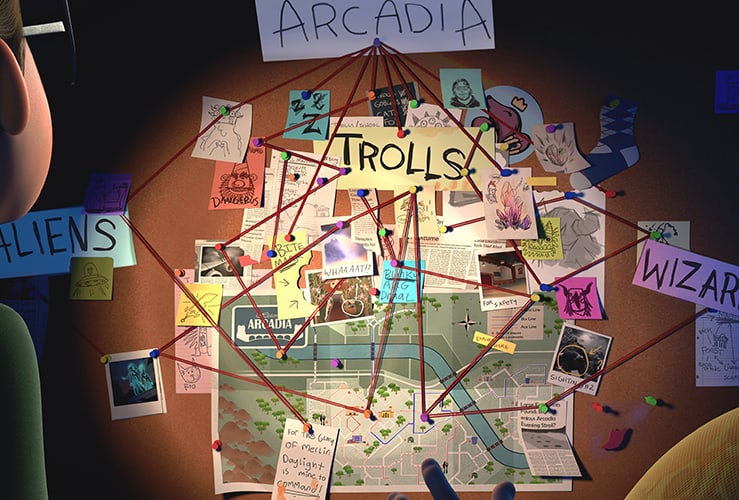 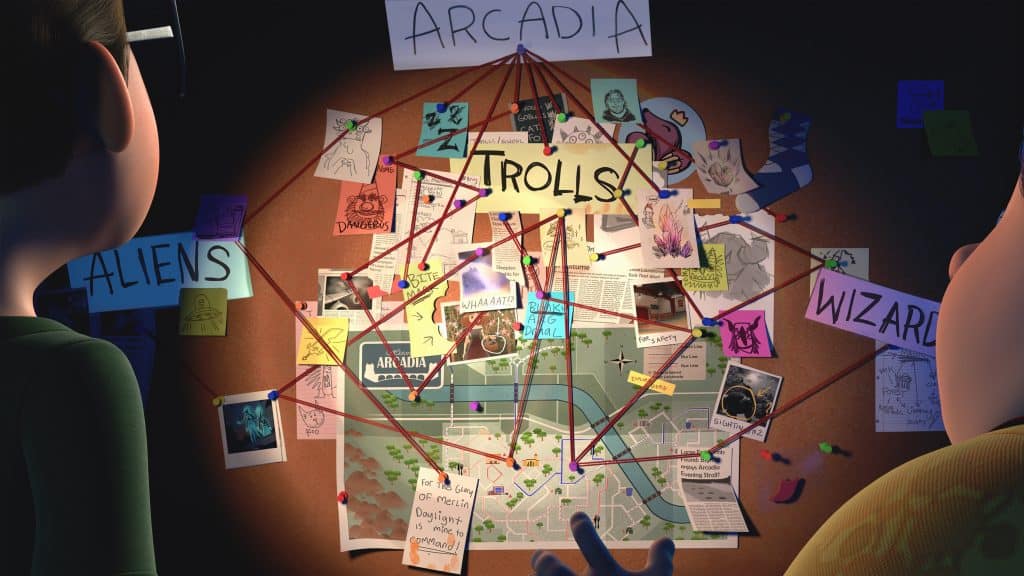 Arcadia is just like every other American town or is it? Is it instantly the center of something weird? Executive producer Guillermo del Toro has announced the Tales of Arcadia trilogy series which brings a lot more to Arcadia. The series includes Emmy-Winning Netflix original series DreamWorks Trollhunters as the first installment of three-part epic from DreamWorks Animation Television. We’re going to go beyond trolls, now we’ll see wizards, aliens and possibly more in this new city. What is really going on in Arcadia?

You can check out a trailer for Trollhunters Part 2 and the Tales of Arcadia teaser trailer below.

Trollhunters Part 2 will be on Netflix on December 15, with companion series 3 Below and Wizards set for 2018 and 2019. Read more about the trilogy below and what fans can expect!

About The Tales of Arcadia Trilogy:

On Monday evening during a preview screening of DreamWorks Trollhunters Part 2, creator and executive producer Guillermo del Toro announced that the world of Trollhunters will expand to become a trilogy of series called Tales of Arcadia. 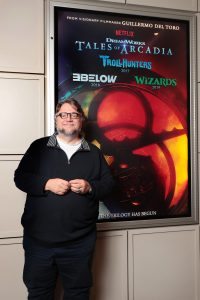 On the surface, Arcadia appears to be a slice of timeless Americana, but it is no ordinary town.  It lies at the center of magical and mystical lines that will make it a nexus for many battles among otherworldly creatures including trolls, aliens and wizards.  DreamWorks Trollhunters, the first installment in the Tales of Arcadia trilogy, will be followed by two additional series 3 Below in 2018 and a final chapter Wizards set to debut in 2019.

Following Trollhunters, DreamWorks 3 Below will focus on two royal teenage aliens and their bodyguard who flee a surprise takeover of their home planet by an evil dictator and crash land in Arcadia. Now on the run from intergalactic bounty hunters, they struggle to blend in and adapt to the bizarre world of high school all the while attempting to repair their ship so they can return and defend their home planet.

DreamWorks Wizards brings together the three disparate worlds of trolls, aliens and wizards who have found themselves drawn to Arcadia. The final chapter of the Tales of Arcadia culminates in an apocalyptic battle for the control of magic that will ultimately determine the fate of these supernatural worlds that have now converged.

Premiering in 2016 to critical acclaim, Trollhunters introduced audiences to the seemingly quiet town of Arcadia and an ordinary kid who embarks on an extraordinary adventure in a hidden world right beneath his feet featuring the voices of Anton Yelchin, Kelsey Grammer, Ron Perlman, Steven Yeun, Anjelica Huston and more. The first season lead the Creative Arts Daytime Emmys with six wins, more than any other program, including writing for an animated program (Marc Guggenheim), directing (Rodrigo Blaas, del Toro), casting (Ania O’Hare, Mary Hildalgo) and a voice acting win for Grammer.