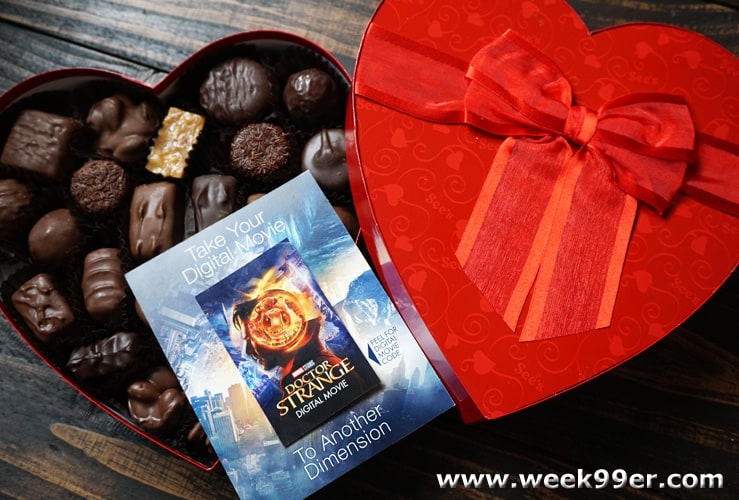 Do you know what your wife or girlfriend really wants for Valentine’s day? According to a lot of advertisements it’s probably stuffed, bright pink or even glitters in the right light. But this year you can get her a gift that both of you will enjoy and want to watch over and over again. That’s right – Doctor Strange has been released on Digital HD on Disney Movies Anywhere and Amazon today. That also means, it’s a great last minute gift for who ever is on your list this year! You can order it right now and have it ready to watch in a couple of minutes. Loaded with bonus features and of course the Doctor that no one can deny, it’s a comic book movie that the ladies are all enjoying as much as the guys! 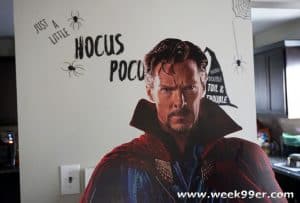 This year, Valentine’s Day came a bit early to my house when I got a special delivery from Marvel. Not only did we get a copy of Doctor Strange on Digital HD, but a box of Sees Chocolates (which is a major treat for this Midwestern girl) and a life size cut out of Doctor Strange. It’s as close to the real thing as we’re going to get here, but just check out those smoldering eyes! Yes, those are still Halloween decorations behind him – but we absolutely love them and we can’t seem to take them down! 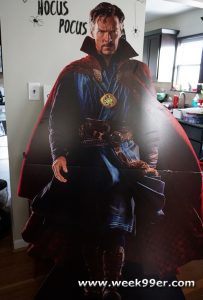 When the package first arrived, I had no idea what to expect, but started laughing as soon as I figured out what was in the big box that took up half of our dining room. The Doctor has made a few trips around the house, and has popped out for a few surprises too, but what a great surprise for the holiday! If you’re looking for your own Doctor Strange Movie Standee they have a bunch of different options, but he will definitely become a conversation starter!

We’re ready to snuggle up and watch Doctor Strange on Digital HD today, and enjoy some of those delicious Sees Chocolates. It’s the perfect gift for both of you this Valentine’s season!