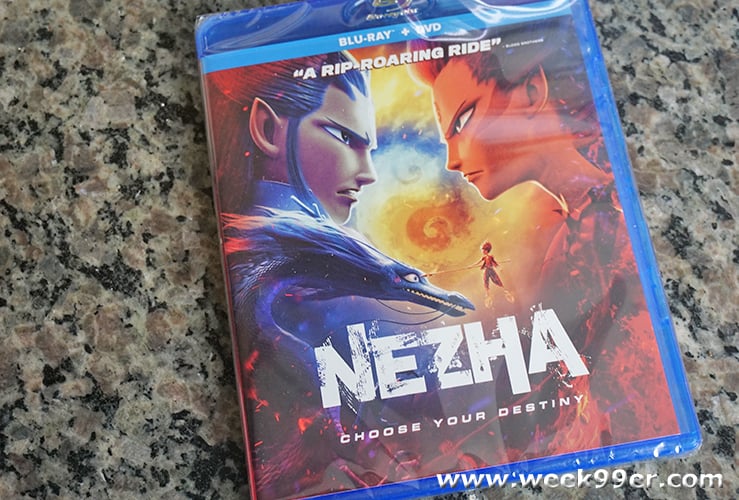 Have you always wondered what it would be like to have powers? In an all new story Nezha brings the story of a young boy with powers. Due to those powers, he is considered an outcast but it’s those powers that make it more unique.

The story isn’t like one that we’ve seen before, but Nezha is relate-able for anyone who feels just a little different. And it’s those unique traits are what he uses in his future and will continue to help him on his quest. The animation is a bit different than we are used to but the story is a fun one that is unlike any other animated films we’ve seen so far.

One of the biggest successes in the history of animation and Chinese cinema, the internationally-acclaimed animated fantasy-adventure NE ZHA weaves it magic on digital February 25 and on DVD, Blu-ray Combo and 4K Ultra Blu-ray Combo March 3 from Well Go USA Entertainment. First-time feature film director Jiaozi brings to the screen the enchanting story of a boy with unique powers who is recruited to fight demons and save the community that initially fears him. NE ZHA is the first animated film selected as the Chinese entry for Best International Feature Film at the 92nd Academy Awards.

We’ve partnered with Well Go to give a copy of Nezha away to one of our readers. Read how you can win it below!

A young boy, Nezha, is birthed from a heavenly pearl by the Primeval Lord of Heaven. Born with unique powers, Nezha finds himself as an outcast who is hated and feared. Destined by prophecy to bring destruction to the world, the young boy must choose between good and evil in order to break the shackles of fate and become the hero.

How You Can Win a Copy:

Leave a comment below on what power you would want if you could have any!