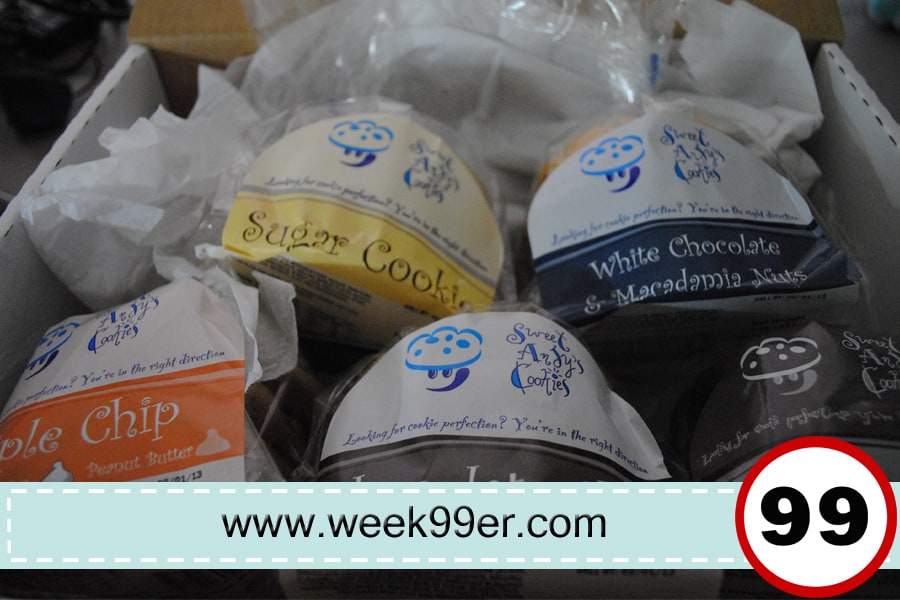 Sweet Andy’s Cookies are not like the home made ones I got when I was little. Those flimsy, chocolaty, sometimes burnt treats with milk or ice cream were good, but they have a long way to go to compete with these bad boys. 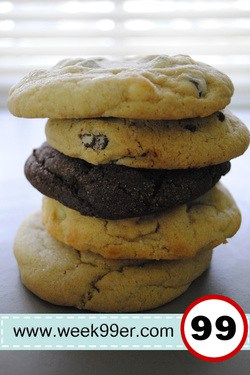 There were only a couple that I was not happy with, the rest are no more. These guys require milk for dunking. They are thick, packed with the good crunchy chips and nuts (only one type had nuts) and the cookie part was packed in there as well. Another word you could use would be dense.

Dunking Tip: Breaking them in half helps with the milk absorption and being able to fit them in the glass. Your glasses may be bigger than mine, but standard ones might have issues. What a harsh problem to have.

I started the review trying one of each. I thought, this will be easy, eating cookies. How hard is that? Well, a couple of glasses of milk and the final sample in crumbs, I wasnât going anywhere. Thus far, I am down to two partial bags. The doctor isnât gonna be happy with me, but the taste buds sure were.

The white chocolate and macadamia nut were the ones to disappear first. Canât really say I had them before, but they were good. Crunchy, chocolaty, and dunkable, just how like âem. The chocolate chip were a close second. I used to remember coming home and sneaking the little sweet lava cookies before they had time to cool. As they arrived via post, that was not the problem.

The triple chip were good. I was not a fan of the peanut butter chip, but that is most likely just my preference. They were still very good. The first three took a while to go through, as I would only have one or two per sitting. Sometimes, a couple sittings in a day.

The chocolate was good, but was not the best. They were not as thick as the others and not as tasty. I was told they smelled like brownies, but they just werenât my thing. The sugar cookies were also not my favorite – but I’ve never been a fan of sugar cookies.

I would definitely get these again. Probably more of the Macadamia Nut, which of course drives Becky nuts, since they’re her favorite!