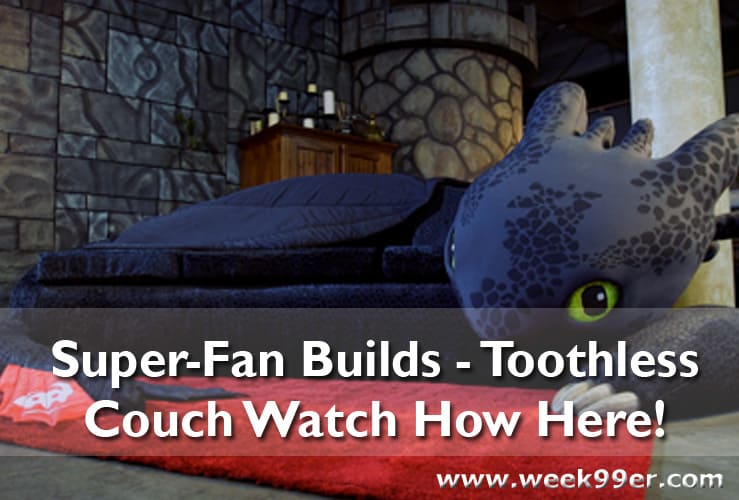 Every since we saw the first DreamWorks How To Train Your Dragon movie, Toothless has had a special place in our hearts and home. Honestly, he reminds us a lot of our older cat who looks like him, and hardly has any teeth. But as fans, we only have a few items that look like toothless in our home. But the ultimate fans, Super-Fan Builds, took Toothless to a new level!

Check out the fun episode of Super-Fan Builds where they actually make a Toothless couch! Inspired by the show, Super-Fan Builds, a series that follows Hollywood’s top prop makers and craftsmen as they create one-of-a-kind collectibles from pop culture, created an incredible Toothless Couch that was custom built for a deserving super fan.

You’re going to love the Toothless couch, and I know I want one for our home now! Doesn’t it just look snuggly? Watch how they made it in the video below. Once you feel inspired, tune into the third season of DreamWorks Dragons on Netflix now for more fun with Toothless and other great dragons!

Tags: Dragons Race to the Edge, dreamworks, how to train your dragon, Super-Fan Builds

2 thoughts on “Super-Fan Builds Creates a Toothless Couch – Check it out here!”