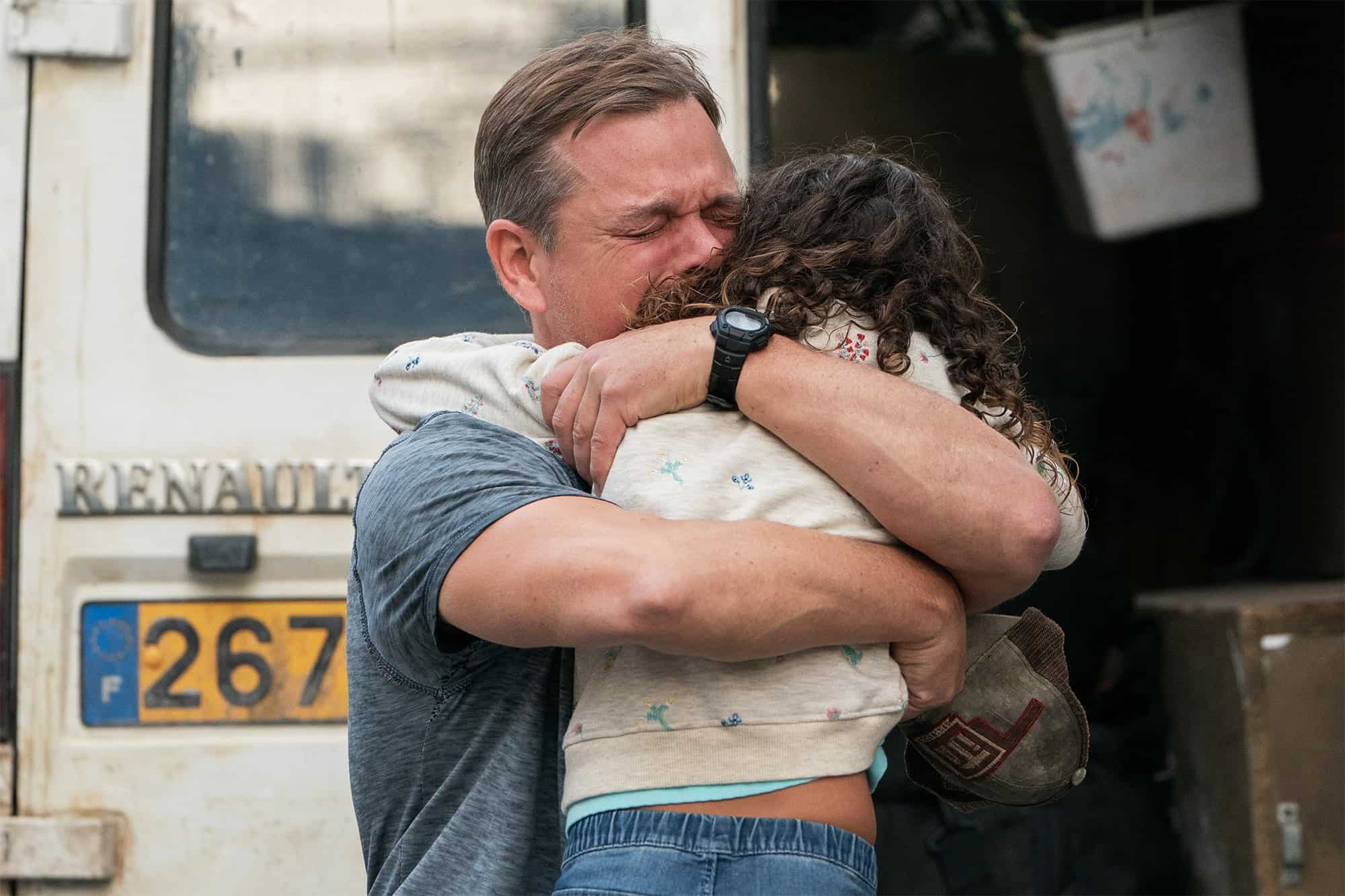 From the first time you see the trailer for Stillwater, you have a small idea of what you are getting into. Matt Damon is playing Bill Baker, a man from a small town in Oklahoma who is set off on a journey to help get his daughter out of prison in France. A crime she claims she didn’t commit.

If you’re a fan at all of true crime or have paid attention to the major international cases over the years, watching Stillwater you may have a nagging feeling. It reminds you a lot of the Amanda Knox story where the American student was accused and prosecuted for killing her roommate in Italy. She was later exonerated of the charges. The movie appears to be an adaptation of that story and as Bill fights to get his daughter’s freedom, you will see some similarities to the Knox case, but it diverts quite a bit and takes a few twists you wouldn’t expect.

Both the characters of Allison and Bill are portrayed greatly by Matt Damon and Abigail Breslin respectively. And that’s really not shocking from either of those actors. But one stand out actor in the show is Lilou Siauvaud, the young girl who plays Maya. Her character is pivotal in Bill’s personal redemption and adds a bit of humanity to his character and their interactions.

One shocking thing about the movie, that the Bill Baker that Damon portrays isn’t the Bourne version of Matt Damon we’re used to. Instead, he’s playing a “roughneck” oil rig worker and does construction. His strength still shines through despite a bit of a softer physic and he takes on the appearance of more of the everyday guy – one that a lot of people know or can relate to. He plays Baker as a gun-loving, blue-collar worker and a father who’s trying to right many wrongs. This isn’t the normal character we see Damon play, but he does it well enough you could see him as any of the friends and family members that work in manual labor positions or in factories. At the same time, he also brings to the character the arrogance that is often shown by American tourists when they travel abroad. With his character refusing to learn French even after years of visits and interactions in Marseille.

Stillwater has an interesting story, but one of its biggest drawbacks is the length of the film. There are parts of the movie that seem overly long and it racks in at, what seems to be the post-pandemic movie average, of 2 hours and 20 minutes. And despite that long of a film to play with, the actual resolution seems a bit rushed. It seems almost like they could have spent more time on that then some of the superfluous scenes driving around. Also, more time could be spent when secrets start to be revealed.

Overall, Stillwater is still an interesting film, even if it is a bit too long for more viewers. But at this point, it is only getting a theater release – so you may have to wait a bit before you can stream this movie. Stillwater will be in theaters on July 30th.

A dramatic thriller directed by Academy Award® winner Tom McCarthy and starring Matt Damon, STILLWATER follows an American oil-rig roughneck from Oklahoma who travels to to visit his estranged daughter, in prison for a murder she claims she did not commit.