The Force is strong and The Last Jedi is finally available for us to watch at home! It came home on digital HD yesterday on Amazon and on Movies Anywhere. And you can feel the strength of the light side or the dark side with these awesome activity sheets including trivia, a coloring sheet and a crossword. All you have to do is click the image above and save the PDF to print when you want. 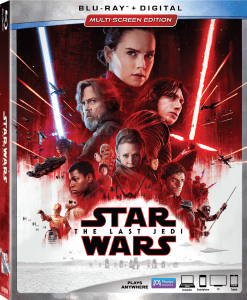