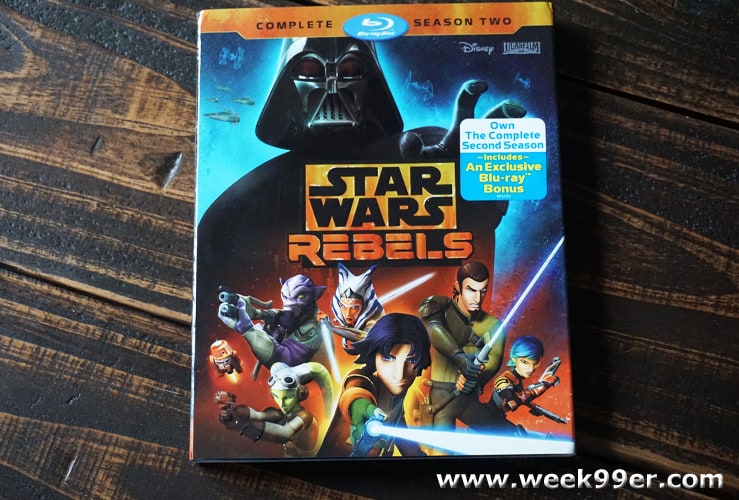 Wherever there is darkness and evil, the Rebels will always fight for good. Star Wars Rebels Season two is available on Blu-Ray and DVD today and takes the battle to a whole new level. The set comes packed with bonus features, the complete second season and everything a fan could hope for.

We were sent a copy of Star Wars Rebels: The Complete Season 2 on Blu-Ray to check out before it’s release date. The CG animated show quickly became a favorite of ours in the first season. Not only is it kid friendly, but it helps expand the Star Wars universe and introduces a new generation to the battle against the Empire. Since we are a streaming household – we weren’t able to catch all of the second season of Star Wars Rebels. The Blu-Ray release has all 22 episodes for us to catch up on and enjoy. It picks up where the last season left off and is full of new adventures and battles of good versus evil.

Amid growing Imperial oppression on Lothal, the rebels are forced to seek out new allies throughout the galaxy and additional resources to sustain their fight against the Empire. With the help of Ahsoka Tano, the crew of the Ghost bands together with a secret rebel cell and ex-soldiers from the CloneWars to join a fledgling alliance determined to restore peace and freedom to the galaxy.

Star Wars Rebels: The Complete Season 2 is available everywhere today on Blu-ray and DVD. The set has a total run time of 484 minutes and is rated TV-Y7.