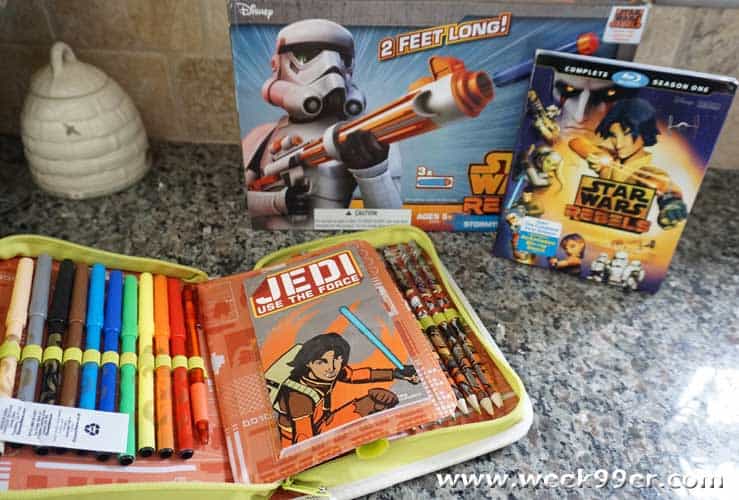 Star Wars is huge right now, and you don’t have to go very far before you see the merchandise all over every store. But the Star Wars Rebels series has been standing on it’s own. Going into it’s second season Star War Rebels tells the stories of the a team of Rebels fighting against evil in the Galactic Empire. With high quality animation and characters you can relate to, we’ve absolutely loved the new season and can’t wait to see what is coming in the next season! Add in the our own Stormtrooper blaster, and some great art supplies we’re off to a good start to fight off the Dark Side!

Star Wars Rebels Season 1 is now available on Blu-Ray and DVD includes all 13 episodes and additional footage. It has a total run time of 331 minutes. You can find it online or in stores near you. Or you can enter to win a prize package below!