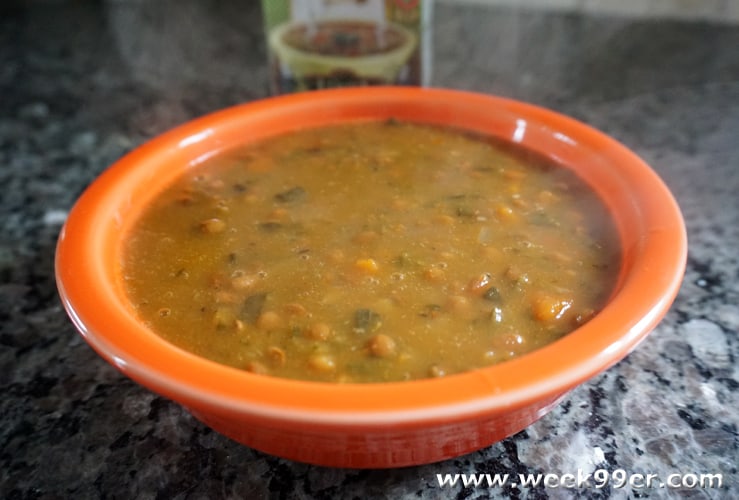 When I want soup, I want it to be fresh and not out of a can. I love home cooked soup and the flavors you can get from cooking the soup from scratch. But let’s be honest, there isn’t always enough time in the day to make soup from scratch. What if canned soup just wont cut the need for soup? That’s when you turn to the Original Soupman, or the Soup Nazi as he was called on Sienfeld. But the actual Soupman is Al, and in New York City – and with the weather lately, I’m not going to make the trip. But thankfully you can get his small batch soup right at your local Kroger store. 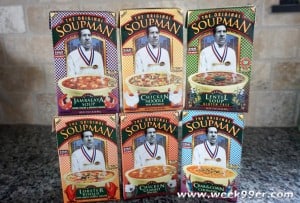 Earlier this year, the Original Soupman made an appearance at our local Kroger when they launched the soups nationwide. Right now, Kroger stores are stocking four flavors of the soup including Chicken Noodle, Chicken Gumbo, Lobster Bisque and Crab and Corn chowder. We were sent all six of the Original Soupman soups to try out, including the one gluten free soup – Lentil and the Jambalya soup.

Each of the soups come in a 2 serving box. To enjoy the soup it’s as easy as folding, tearing and heating up the soup in a pan or in the microwave. The soup was easy to heat up, provides more than one meal’s worth. Since each soup is made in small batches, you’ll get a rich flavor not something that was cooked in a large vat and may not be consistent. The lentil soup was full of flavor, and you could taste the spices and ingredients inside. It wasn’t homemade, but it was a great back up and was perfect on a cold day.

You can find four of the flavors at your local Kroger store, or online at The Original Soupman.