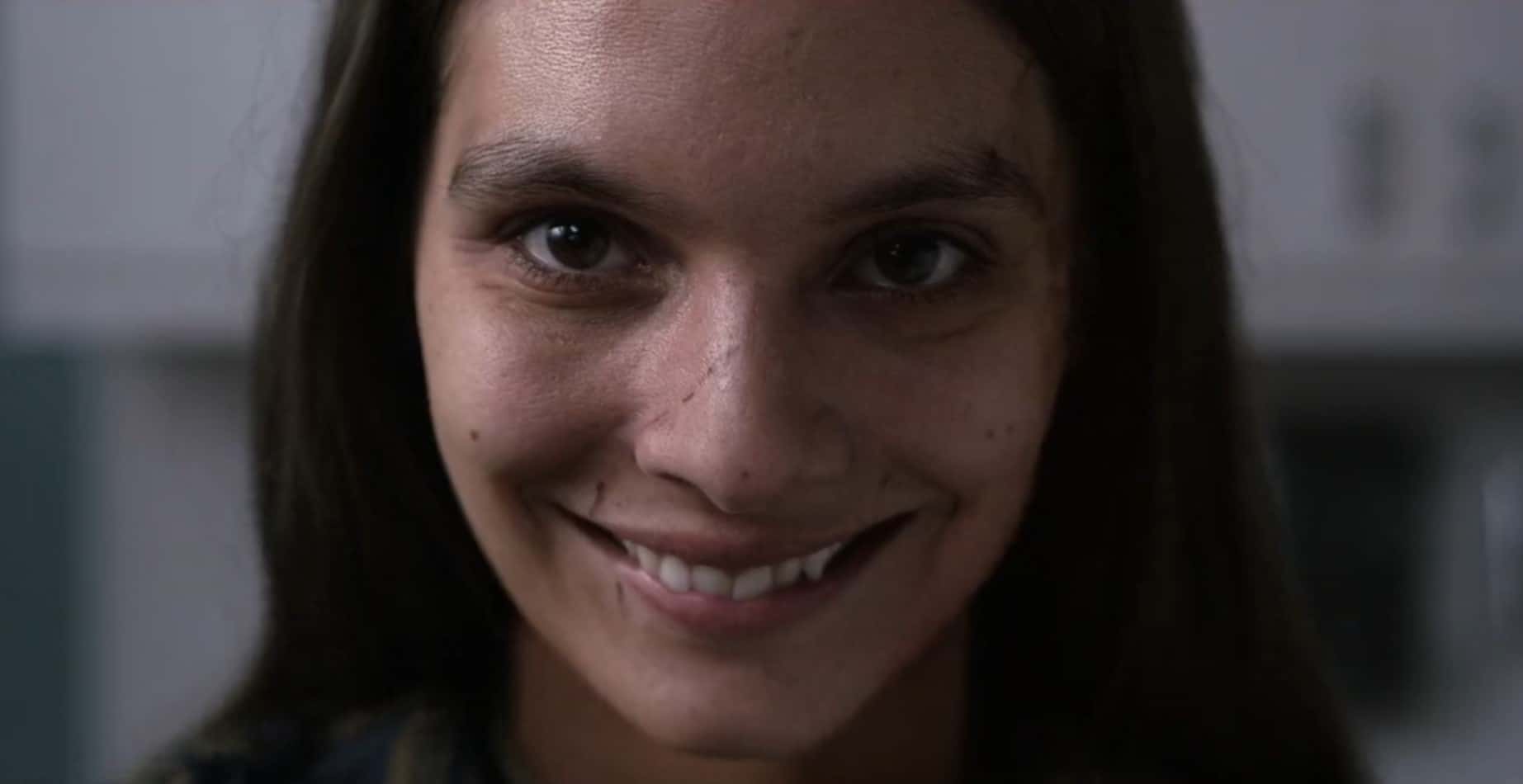 Playing on fear, anxiety and possible mental health conditions is the new Paramount release Smile. Just in time for the Halloween season, this movie brings a creepy creature to the screen that seems to pick out a very particular victim type.

There’s nothing more unsettling than a Cheshire cat-type smile with no context, and even worse if behind it is a malevolent entity that is set on taking its next victim. Playing on past trauma, this spirit or entity moves through its victims from one to the next much like the right – with a set timeline of when it will move on to the next. Similar to the story in the Ring, once a victim sees the event – their timeline is sealed – or is it?

After witnessing a patient kill herself, Dr. Rose Cotter starts seeing the same entity that the patient described. As her past issues, anxiety, and fear start to take over, the symptoms get worse. Being a doctor in a mental ward, Rose begins to work through the pattern and try to find her own way through the cycle without becoming the next victim.

The movie and the creature mostly play on the fear and anxiety of the victims as well as the audience. In normal horror movie fashion, most of the tension is built up through the music and sounds in the background. There are some moments that will make the audience jump out of their seats, and others that are bloody and gross. But thru it, you still have hope that Rose, just may, have a happy ending.

Smile, although based on a short film, is a relatively unique storyline, the base of the story is nothing new. An other-worldly creature that is out to collect souls with a set pattern for torture and a timeline to do it in. The victims it chooses are all similar and become easy prey to its pattern and game. But it isn’t as simple as just that.

If you’re looking for creepy scary movies that will make you jump, Smile just might be the movie for you. While it may be a bit predictable at times, there are some truly creepy moments in the movie and ones that you don’t see coming. Smile is in theaters everywhere this weekend.

After witnessing a bizarre, traumatic incident involving a patient, Dr. Rose Cotter (Sosie Bacon) starts experiencing frightening occurrences that she can’t explain. As an overwhelming terror begins taking over her life, Rose must confront her troubling past in order to survive and escape her horrifying new reality.