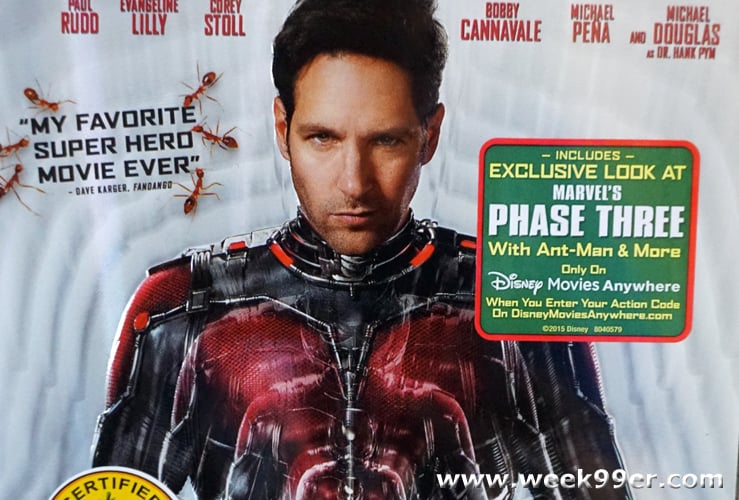 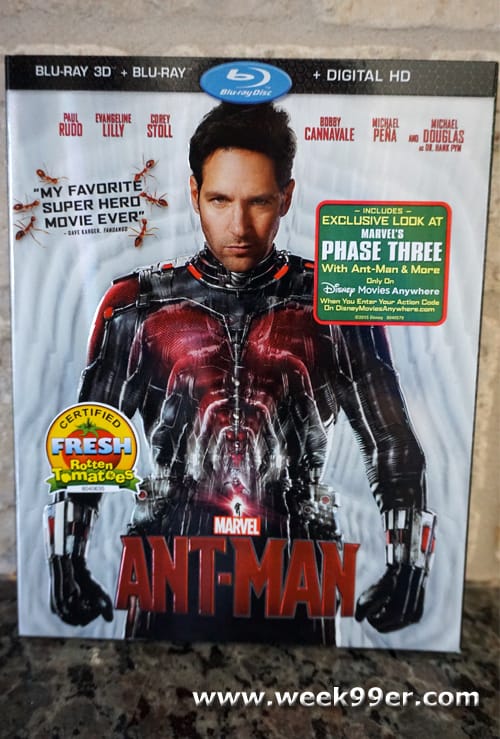 Even though we’re huge fans of the Marvel Universe and the movies in the last few years, we braced ourselves when Ant-Man was released. Ant-man wasn’t a character that has a huge following, and it’s not just because of his size. But the movie was surprisingly good, and one that we’re happy was added to the Marvel collection.

With the December 8th Blu-Ray release coming up, Disney sent us a copy of Ant-man to check out and review. Because of our hesitation about the unlikely superhero, we hadn’t seen the movie before watching the review copy. And the story of Ant-man comes from an unlikely hero source as well. Scott Lang (played by Paul Rudd), a thief is living with a crew of other criminals when they get information about an major score. Inside the safe isn’t the windfall they had hoped for, but instead was an old suit. But the suit isn’t just a bikers outfit like they originally thought, instead it has the ability to shrink the wearer to the size of an ant. After some resistance, Lang embraces the suit and the responsibility of being Ant-Man and go off on adventures that include saving his family.

Throughout the movie there are characters you are already familiar with from other Marvel movies, as well as locations we’ve seen before. The movie will take you to the new Avengers headquarters, and even make reference to events in the previous movies. As always, be sure to look for the Stan Lee Cameo! Unlike the previous Marvel movies, the action scenes seem less intense and for the most part less dark. But overall, the movie had more comedic parts than I expected and it quickly became a movie that was endearing and you find yourself rooting for Ant-Man!

Ant-man has a total run time of 117 minutes and the three disc set includes 3D features, and bonus features on the HD Digital copy.