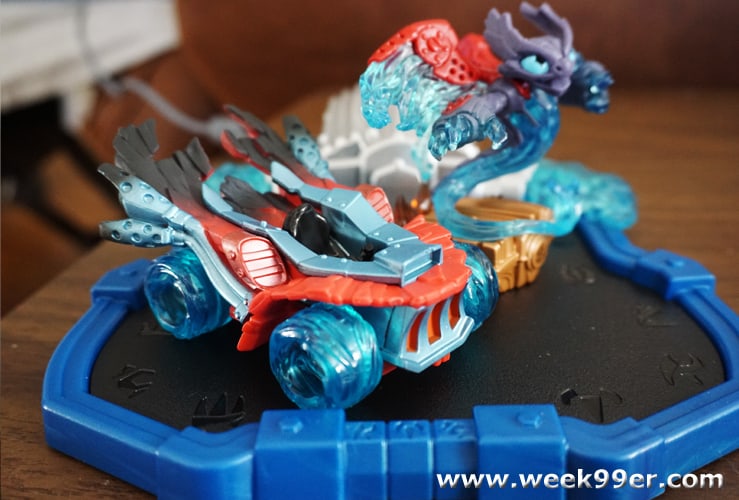 I’ve said it before, and I’ll say it again – I’m not the best at video games. There are a few I love, and the Skylanders games are always on the top of that list. And when Activision sent us the brand new Skylanders SuperChargers starter pack to try out – I got even more excited. The game not only features the game play that I enjoy – but adds in one of my other favorite game types – racing! 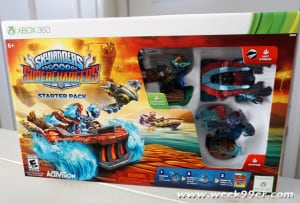 The new Skylanders SuperChargers starter pack comes with everything you need to get started including: the new game for the system you have, a new portal, two new characters and a SuperCharger vehicle. You can play the game with the characters you already have from your past sets, but the new set of characters (48 are available) have new powers, and abilities. You can pair these abilities with your vehicle for land, water or air to take your game play to the next level. 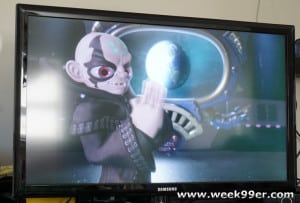 In the new game, Kaos has found a way to separate the Skylander’s portals and stop more Skylanders from getting to Skyland. Your job is to connect the portal once again and to help save Skyland! Like many of the older versions of Skylanders games, you can only play certain areas if you have the characters with the right abilities. But the portal this time not only reads the abilities of your character as well as the vehicle you place on the port. You can place the character on top of the vehicle as well as next to it for the portal to read both and combine the powers available.

We had a lot of fun playing the new Skylanders SuperChargers game. The only drawback I found was that even after hours of game play our portal didn’t do as much as the past versions had. We didn’t have bright lights flashing, or voices talking out of a dungeon. Maybe playing the last versions made me expect an epic portal for interaction as part of our game as well? But that was probably the only thing I found that I didn’t like about the game. Skylanders SuperChargers is for ages 6 and up, and has easy enough game play that smaller children could play along as well. The combination of the driving portions with the fun story make it easily one of my favorites, and it will quickly become one of yours as well! 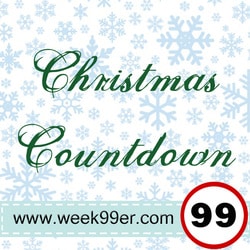