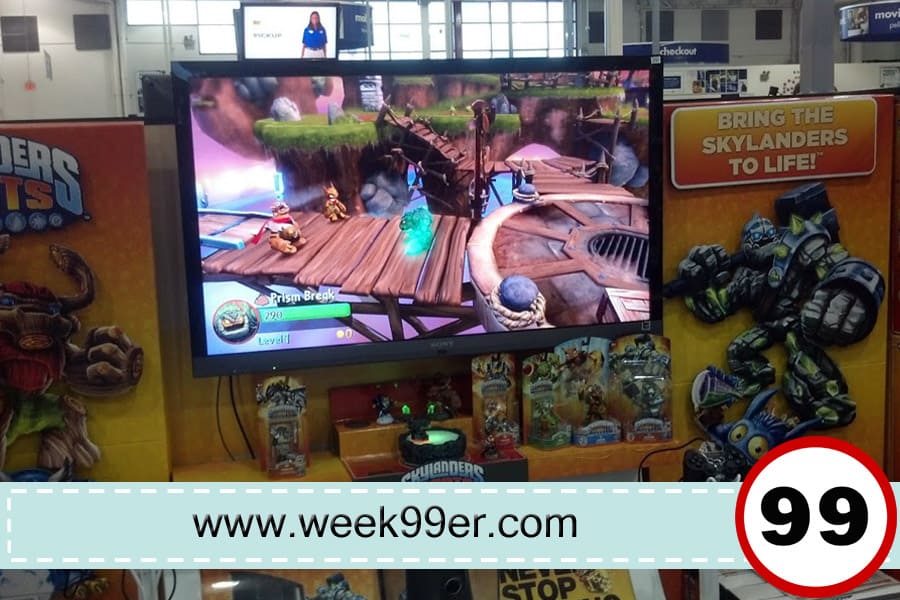 There is a lot of buzz about great new toys and games this holiday season. One of the games I keep hearing about is Skylanders Giants, a new release of the Skylanders series. Best Buy invited me to head to my local store and try out the new game – and I have to admit it was a lot of fun! 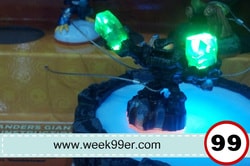 I grew up a video game kid – but really haven’t played video games in years. My boyfriend has his video games, but I just work while he plays. I’m not very good at playing video game- that is except if it’s a racing game, I’m great at crashing!

We both grabbed a Giant and started to play. Before this, I had only seen the game and figurines but I had never played the game. The characters were fun and creative. I was surprised to see them light up when they were placed on the “Portal of Power”. When you place the figurine on the portal it switches your character in the game to that Giant and you have their powers to play with. Choose your Giant for the part of the game you’re at to beat different levels and get different achievements.

We played the game for about a half hour – I noticed that when you are playing in 2 player mode the characters are tethered together, so you can’t get too far away from who you are playing with. It was a lot of fun, and despite not being the most skilled gamer I was able to keep up with the game and even get some of the bonuses.

The game demo we played was for the new Playstation system, but Skylander Giants is available on the major game system. It is going to be a very hot game this holiday season and will be on a lot of your Christmas shopping lists!

Where to purchase Skylanders Giants:
The reviewer has been compensated in the form of a Best Buy Gift Card and/or received the product/service at a reduced price or for free

2 thoughts on “Skylanders Giants – One of the Hottest Games of the Holiday Season!”