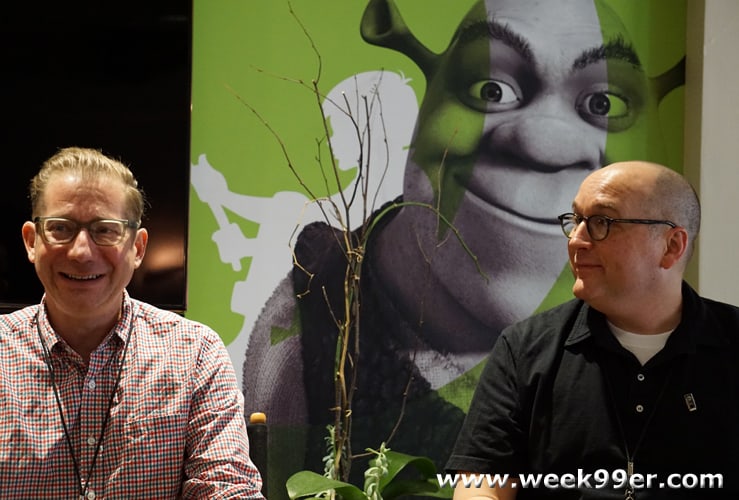 Can you hear the kids screaming in excitement about the new DinoTrux show? It’s kicking off tomorrow on Netflix and for DinoTrux fans, it’s everything your kids wanted and more. With high quality DreamWorks animation, kid safe stories and more, DinoTrux is going to be your kids favorite show in no time. 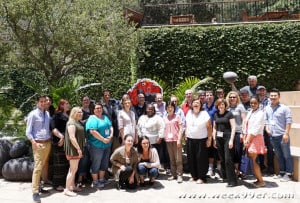 Earlier this summer, DreamWorks sent a group of bloggers to their campus to check out the new show, and sit down with the show’s Producers, writers, and even artists. There’s a lot of different things happening with the show, and we got to find out first hand what was going on.  We were able to sit down before viewing the first two episodes with Producers Ron Burch and David Kidd.

What’s your take on the show and who is the target audience for DinoTrux?

How can kids relate to the characters and the show?

When we were thinking about the show, kids are in herds. They’re in their family herd, their friend herd, etc. You will see in the show that just like our kids in school, they leave their family herd and find others you’re not sure about. There’s the mean guy, you get to know him and maybe he’s not mean. And there is a guy who really is mean. And without preaching to them, or talking down to them the show just works.

Dinotrux is based on a book – what inspired this project.

It’s the idea, it’s the concept. Dinosaurs mixed with trucks. It’s the #1 and #2 things love.

It’s also a challenge right? What dinosaurs mix with what vehicle?

Their characters come out of who they are. Like Doozer, the Dozeritops. He’s a pusher, you know exactly what he does just by looking at him.

Our office is full of dinosaurs.

Do you approach the stories, from you need another character coming into the group? Or what do we need to help these animals build this community up.

It’s always a story that comes to us, a story we want to tell. There is a story that comes up in the first season where Doozer uncovered a nest of Tortle eggs. They’re a mix of tortoises and hand tools. Some of the eggs hatch and the first thing they see is Doozer, so they imprint on him and follow him around. We have the gruffest character with these cute little guys following him around.

But that comes from characters – so  you’re using them to build up the characters. What about the giant characters that come into the group that have a certain skill set – like the Rollidons?

Yes, we wanted to create these characters called Rollidons who are steamrollers and a variety of triceratops. When your kids start about 4 or 5, they start this weird thing where they collect stuff and line them up. Whether it’s trolls, Pokemon or dinosaurs. And you learn all that stuff, so we had a lot of things we wanted to create. So we created a story around that where the Rollidons help Ty and the guys. They have to figure out how to get the Rollidons to cooperate and they learn that Rollidons are actually afraid of Reptools.

Most importantly we’re very character and story based. We want our show to be well rounded, and fun. We want good stories.

Me. We’re writing for the five year olds in all of us.

And yes, they build great structures, but they’re really creating a community. The first community in the Mecozoic era.

Talk a little bit about the Mecozoic Era – what is that?

We wanted to create a world where everything was new. There are bit bugs that Revitt gets with his magnetic tongue, there are screw-squitos, there are every Every classification of nature in that world is there. We wanted the world to be as real as it could possibly be so it mirrors our world, without the people. It’s a wild world though, they have to deal with earth quakes, tar pits. And working together enables them solve their problems.

DinoTrux is the first Netflix original animated series, and will premier exclusively on Netflix on August 14th.

2 thoughts on “Sitting Down with the Producers of DinoTrux #Dinotrux”