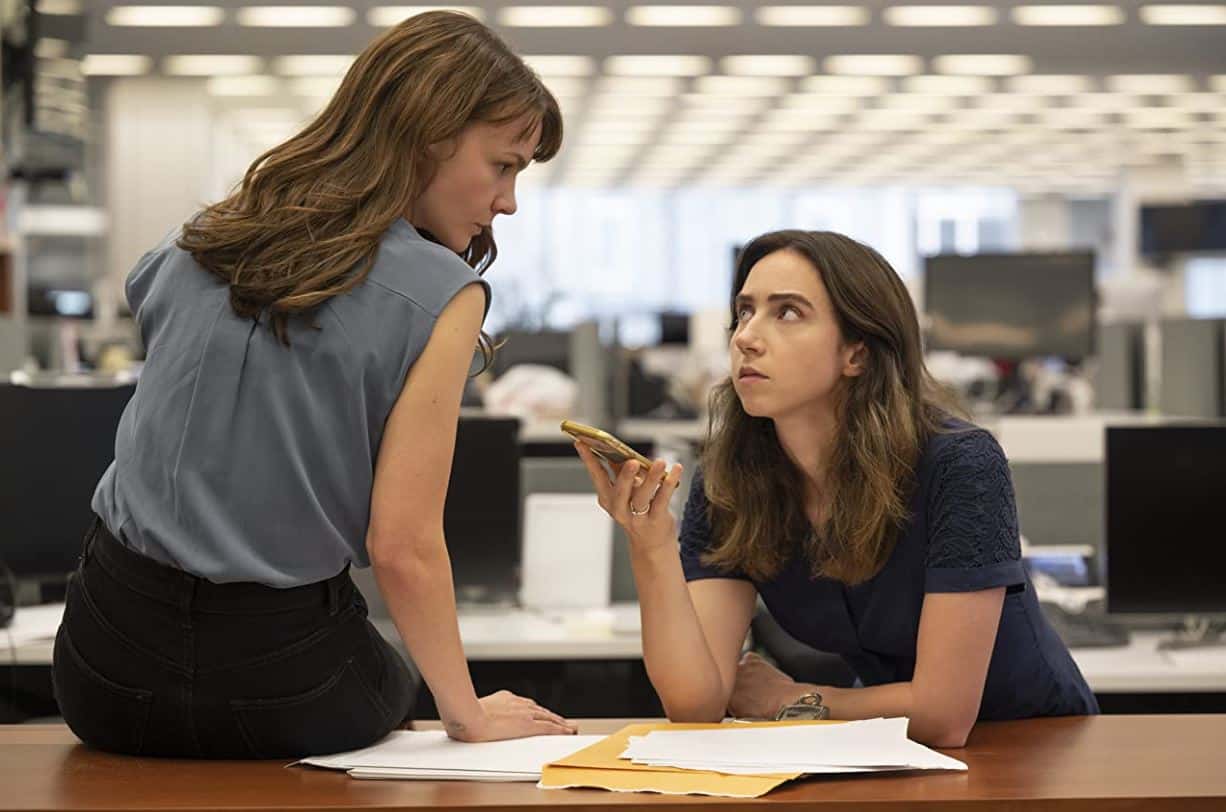 Since the Me Too Movement began in 2017, we’ve seen continual pushback towards celebrities and companies who protect abusers in recent years. And after Trump’s election in 2016, despite the sexual assault allegations against him, which included the infamous bus conversations – it seemed there might be little that can be done to stop workplace assaults and abuse of power against women in general. But in 2017, a New York Times article about the abuse in Hollywood particularly aimed at Harvey Weinstein and MGM started a ripple in the industry.

The decades of abuse in Hollywood by the executive were no secret, and the victims often spoke up before being paid off or pushed out of the industry, and She Said, a new movie by Universal Studios brings the story of the article and the journalists who struggled to get it published to the screen.

The movie shows and highlights the struggles of both women to balance their jobs, the threats they received, and the pushback they received every step of the way. But it also shows some of the victim’s stories and how the assaults impacted their lives, still decades later. It is bookended by one story, a young girl who was assaulted in the nineties, and how her story helped make the final story come to life.

While the movie mostly focuses on the assaults and what was done to cover them up through the years, it also shows some of the culpability of the other men around Weinstein and MGM. How one issued the payoffs, but only felt remorse when it was revealed to his wife, and how the family accountant knew of the payoffs but not the true depth of what was happening. The web of lies and manipulation went deeper than most people knew and still probably deeper than was actually revealed.

She Said isn’t an easy watch for anyone who may have been assaulted in the past. But it is still an important story that should be told. While it’s not a topic that many people are going to look for, and it will never be the movie that makes being a journalist look glamourous – it’s still another piece of the story that should be told rather than letting the story be pushed under the tides of time.

She Said will be eye-opening for some viewers, but many women will be able to relate to the abuse, situations, and the systems that seemingly are stacked against them. It reveals the upward battle that many women have to face to just be taken seriously in their career path and how quickly that can be taken away, by no fault of their own. But more than that, the movie shows just how much further society has to go to fix the wrongs that are still being perpetrated every day.

It is nice to see the outcome of what happened after the article and some of the things that weren’t as made as big of public news in the fallout after the fact. But more than that, She Said shows just how much of this story still needs to be told and is still unfinished.

She Said is now in theaters.

Two-time Academy Award® nominee Carey Mulligan (Promising Young Woman, An Education) and Zoe Kazan (The Plot Against America limited series, The Big Sick) star as New York Times reporters Megan Twohey and Jodi Kantor, who together broke one of the most important stories in a generation— a story that helped propel the #Metoo movement, shattered decades of silence around the subject of sexual assault in Hollywood and altered American culture forever.

From the Academy Award® winning producers of 12 Years a Slave, Moonlight, Minari, Selma and The Big Short and the Oscar®-nominated producer of Zero Dark Thirty and American Hustle, the film is based on the New York Timesbestseller,  She Said: Breaking the Sexual Harassment Story That Helped Ignite a Movement.

The film is produced by Academy Award® winners Brad Pitt, Dede Gardner and Jeremy Kleiner for Plan B Entertainment and is executive produced by Oscar® nominee Megan Ellison and Sue Naegle for Annapurna Pictures.