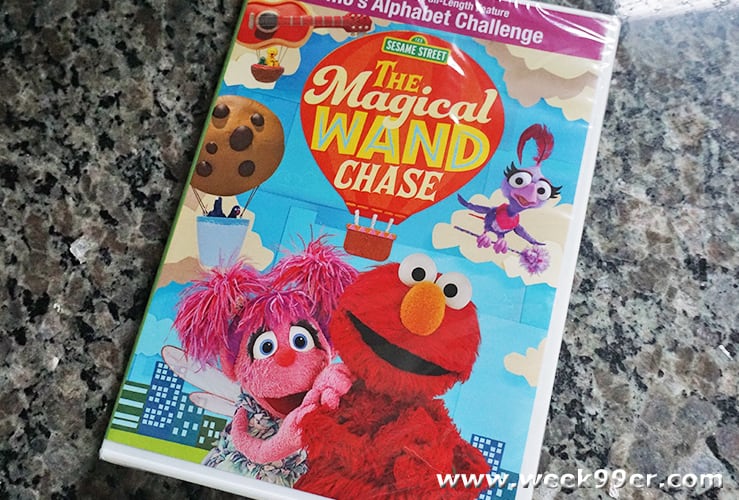 A family favorite for decades now, Sesame Street is back with a new collection of educational shows that your kids are going to love. The Magical Wand Chase takes Elmo, Abby and friends up above Sesame Street in a hot-air balloon and above the streets of New York City. The collection includes lessons on cultures, differences, food, music and even languages. Teaching acceptance of your friends and neighbors even if they are a different than you are.

With kid friendly topics, fun adventures and encourages them to get out and to explore. There’s a big world around them, and learning more about that can help them in the future and open up new opportunities and friendships to them. The Magical Wand Chase is deeply connected to Sesame Street’s mutual respect and understanding curriculum, using the tapestry of the city to show kids that kindness is universal and new friends can be found anywhere.

Be sure to print off the My Neighborhood Passport, which uses a scavenger hunt activity to support the themes of Magical Wand Chase, encouraging kids to get out and explore their surroundings. Kids and families will be able to check off all of the new activities they go through as they take a trip around the “world” using their passport in their own communities.

Get your copy of Sesame Street – The Magical Wand Chase on DVD!

Winner of the 2018 Primetime Emmy® Award for Outstanding Children’s Program, Sesame Street – The Magical Wand Chase will be available on DVD and digital download on November 6, 2018 from Shout! Factory and Sesame Workshop. The primetime special is filmed in three vibrant New York City neighborhoods and marks the first time the show has shot a feature-length special on location since 1994.
It’s up, up and away as Elmo, Abby, and friends take to the skies above Sesame Street in colorful hot-air balloons in this exciting special. When a playful bird, voiced by Elizabeth Banks, snatches Abby’s magic wand, the pleasant ride becomes a high-stakes adventure through the streets of New York City. Between making new friends and learning about different cultures, our heroes must recover the wand in order to return home to Sesame Street!
When Abby and the gang visit new neighborhoods throughout The Magical Wand Chase, they discover new foods, music, and languages. Best of all, they make new friends who help them on their quest to find the missing wand. The Magical Wand Chase is deeply connected to Sesame Street’s mutual respect and understanding curriculum, using the tapestry of the city to show kids that kindness is universal and new friends can be found anywhere.
Bonus features include the full-length feature Elmo’s Alphabet Challenge and another exciting adventure, the full-length episode The Golden Triangle of Destiny.
Currently in its 48th season, Sesame Street is the longest-running program in children’s television and has received more Emmy® Awards than any other show in television history.