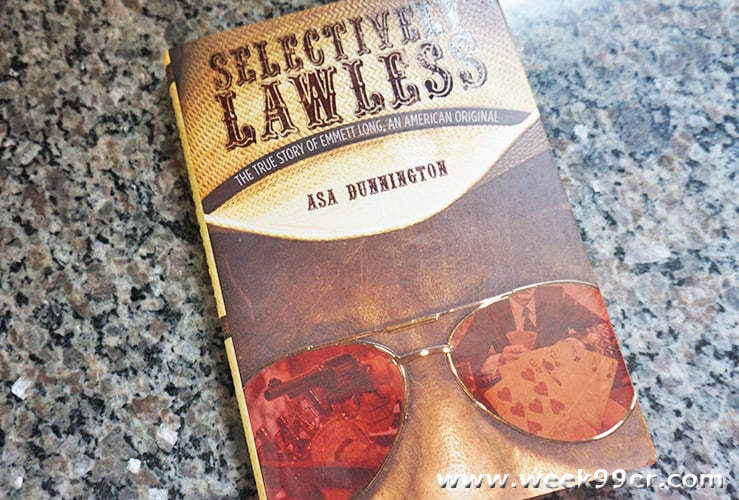 The time of mobsters and gangsters seems so far off from what we’re use to now. But what if it was part of your family history? That story that was passed down through generations and one that you just couldn’t shake? That is exactly what is behind the story in Selectively Lawless: The True Story of Emmett Long, An American Original.

The book is by Asa Dunnington, the nephew of Emmett Long he relays the stories his uncle told him in his old age of his times on the wrong side of the law. Choosing when and where to be lawless, Emmett Long’s story is one that will captivate you as you read it, and parts will make you wonder if they are more fiction than they are reality.

Selectively Lawless is a quick read and one that will fascinate you, since the days of those Mobsters aren’t as far back as you would expect.

In the early twentieth century, money, power, and reputation were king. With outlaws like Pretty Boy Floyd and Baby Face Nelson roaming the streets, it was a lawless time, with lawless individuals taking their fates and fortunes into their own hands.

Emmett Long was one of them. Bank robber, moonshiner, gambler, and on occasion even a killer, he made his own rules. But he varied from the typical story. Instead of dying at the young age of thirty-something in a blaze of guns and fury, he lived to a ripe age, reformed his ways, found Christianity, married a good woman, raised a family, and became a successful rancher. Not the expected turn of events for such a lawless beginning.

In a new twist to the classic Great Depression outlaw narrative, Asa Dunnington shares the life story of his uncle in Selectively Lawless: The True Story of Emmett Long, an American Original.