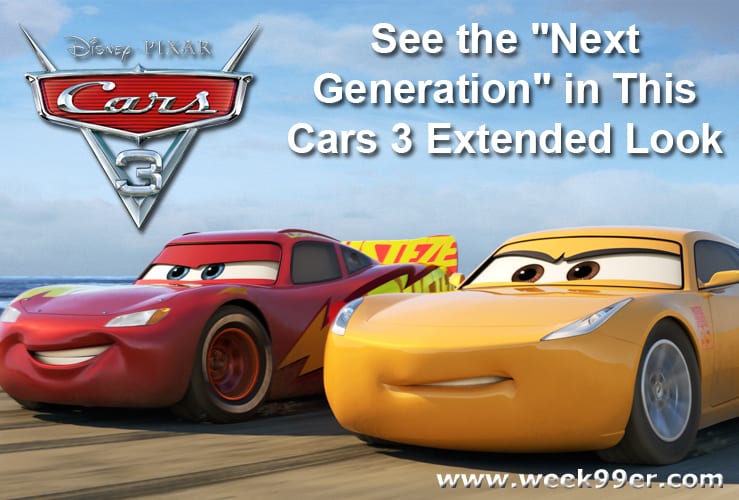 Did you hear the engines roaring at the Daytona 500 yesterday? Not only did fan favorite racers hit the track, but there were special attendees at Daytona – Lightning McQueen, Cruz Rameriz and even several of the voice actors Yesterday, Owen Wilson (voice of “Lightning McQueen”) served as Grand Marshall for the 59th annual Daytona 500 in celebration of CARS 3!

We can’t wait to see Lightning McQueen on the track again, and this summer the engines will roar again. The new trailers give us just a taste of what we can expect from the third movie in the series. There is still a lot more info to come out about the movie, but we know there are new characters as well as our favorites.

Check out the new Cars 3 Extended Look – “Next Generation” and see where the movie is going to take us next. The cars are smoother, more streamlined and full of great new features.