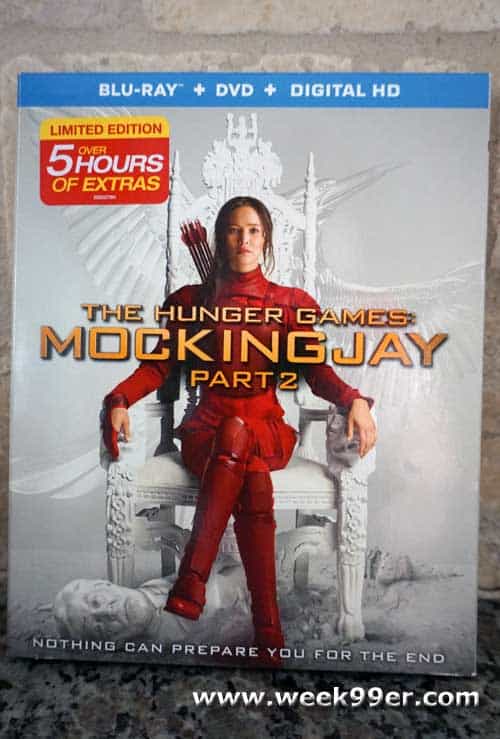 Long before the end we were flocking to the theater to see the next installment of The Hunger Games series. I’m pretty sure we’ve seen every movie in the theaters. We were transfixed by the series, the strong lead in Katniss and the peril of the Districts, that similarities can be seen in modern society. The final installment of The Hunger Games: Mockingjay Part 2 was like the first three installments, one we had to see on the big screen and quickly one we had to add to our collection.

Lionsgate sent us a copy of The Hunger Games: Mockingjay Part 2 last week to watch at home before the movie becomes available on March 22nd. The movie continues Katniss’ story as well as those of Gale, Peeta, Prim and Finnick. In Mockingjay Part 1, you see the call to action that Katniss puts out to stand up to President Snow, and Mockingjay Part 2 picks up where the first half stopped. Fans get to follow along as Snow falls, and you can finally see how The Hunger Games ends.

Fans of the series will be thrilled with the Blu-Ray, DVD and Digital HD collection that is being released tomorrow. Not only do you get the full feature film, but you also get 5 full hours of special features with the movie. My boyfriend is the one who loves watching the movies over with commentary, but also what goes into making the film as well. Not only will the fans get a behind the scenes look at how some of the most intense scenes were made, but you’ll also hear directly from the cast and crew what it was like filming the movie.

While watching the bonus features, we expected there to be some nod to the past movies, and they did not disappoint. Not only did you see how some behind the scenes from the latest film, but never before seen bits from the previous films. I personally liked seeing some of the actors you lost in the first movie, but also characters you lose along the way. There was a small, and very tastefully done, tribute and mention of the passing of Philip Seymour Hoffman, who wasn’t around to film the last movie.

The behind the scene features also give you a look at all of the locations the movie was filmed in. When you watch the movie it goes seamlessly from place to place, and you wouldn’t know it was filmed all over the globe. My personal favorite was watching Collateral Damage, that shows you how they take the real life locations and turned them into the battlefield the Capitol becomes. There’s a bonus feature for every fan out there, but only included in the special sets!

Special Features included on the Blu-Ray DVD and Digital HD Set include:

The Film has such a huge following that on Sunday, March 20th the odds were ever in these fans favor as got the chance to experience the ultimate fan event at the Egyptian Theatre in Hollywood to celebrate the home entertainment release of the final chapter to the beloved franchise, The Hunger Games: Mockingjay – Part 2. The day was filled with screenings of all four films, an Effie Make-up corner, a photo booth to capture the 4 Films for fans forever, Q&A with members of the cast, a special costume contest and unreleased The Hunger Games content.

The Hunger Games: Mockingjay Part 2 is now available on Digital HD and on Blu-ray Combo Pack March 22 with over 5 hours of Special Features from Lionsgate! 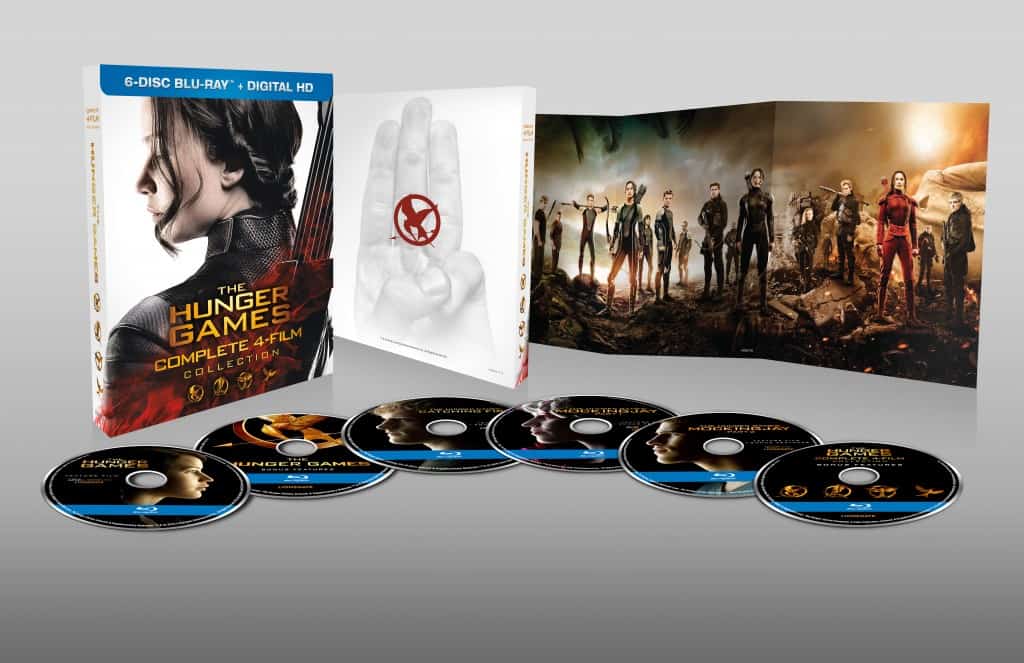 With all four movies in The Hunger Games  now out and available, there is now a Complete 4-Film Collection available on Blu-Ray and DVD! Sit down with your friends, pop some popcorn and relive the series from the very beginning with new special features and added content. It has a total run time of 1043 minutes, so snuggle in and get ready for the ultimate movie weekend!

Special features of the 4-Film collection include: