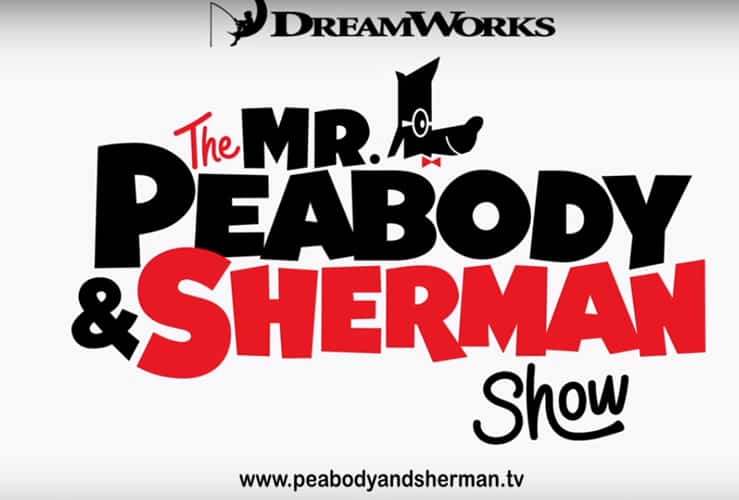 Our favorite professor and his boy are heading back to Netflix this week for season 2 of the Mr. Peabody & Sherman show! Take hilarious trips through history and catch the complete season later this week. This is a fun show for parents and kids alike and is rated TV-7 but the focus on history makes it one of our favorites.

About Mr. Peabody and Sherman Season 2:

Anything can happen in this show jam-packed with zany segments like Historical Idol, adventures in the WABAC, loads of special guests and musical acts like Katie Herzig.  You’ll laugh out loud as Sherman sets a world record live on the show, a dinosaur hatches on stage, the penthouse ends up on the moon and more!

This season Missi Pyle (“Bordertown”) guest stars as Catherine the Great, a young woman impressed with her own greatness and oblivious to her younger sister’s woes. After building a rollercoaster without authorization, Catherine and her sister Olga try to evade the police during a high speed ski chase!

Plus, when Mr. Peabody and Sherman venture out for a night on the town in Athens, the duo stops by Aristofunnies, where Aristophanes’ (voiced by comedian Jeff Ross) jokes fall flat!

Check out a clip from season 2 below, and catch all of season 2 on Netflix on March 18th!