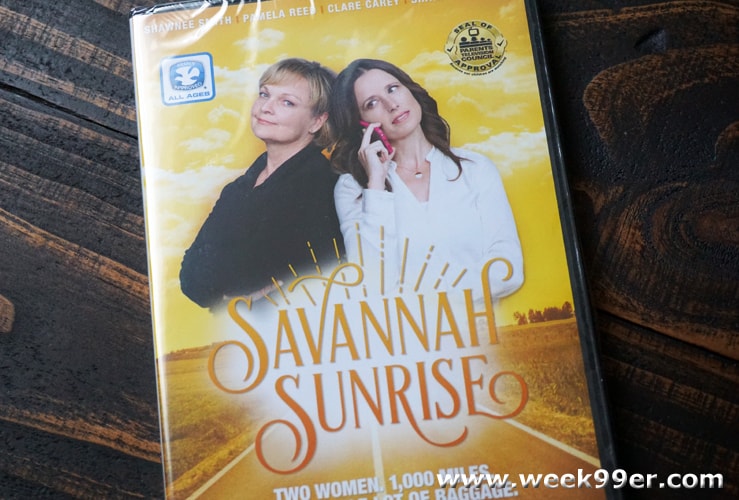 We’ve all been there, on a road trip with someone we may not want to be with. And in a new comedy being released by Anchor Bay Entertainment – Savannah Sunrise takes a look at this at not only these situations but also the relationship between family members as they start to come to terms with their new roles in the family. Savannah Sunrise is based on the book of the same name, and is a family friendly comedy that will have you laughing throughout the whole film.

The road trip of a lifetime begins when the uplifting family comedy, Savannah Sunrise, arrives on DVD at Walmart, Digital HD and On Demand May 16 from Anchor Bay Entertainment. Shawnee Smith and Pamela Reed star as a daughter and mother-in-law who discover that they need each other more than they know after a disastrous road trip gives way to understanding.Praised as, “a delightful family-friendly movie filled with both humor and heartwarming moments” by the Parents Television Council, the film was awarded the Dove Approval for All Ages. With bonus content like cast interviews and a behind-the-scene featurette, the Savannah Sunrise DVD will be available at Walmart for the suggested retail price of $14.98.

Shawnee Smith and Pamela Reed lead an all-star cast in this humorous and heartwarming story of a workaholic mom and her family-oriented mother-in-law who are thrown together on a disaster-prone road trip that turns into a life lesson for both.