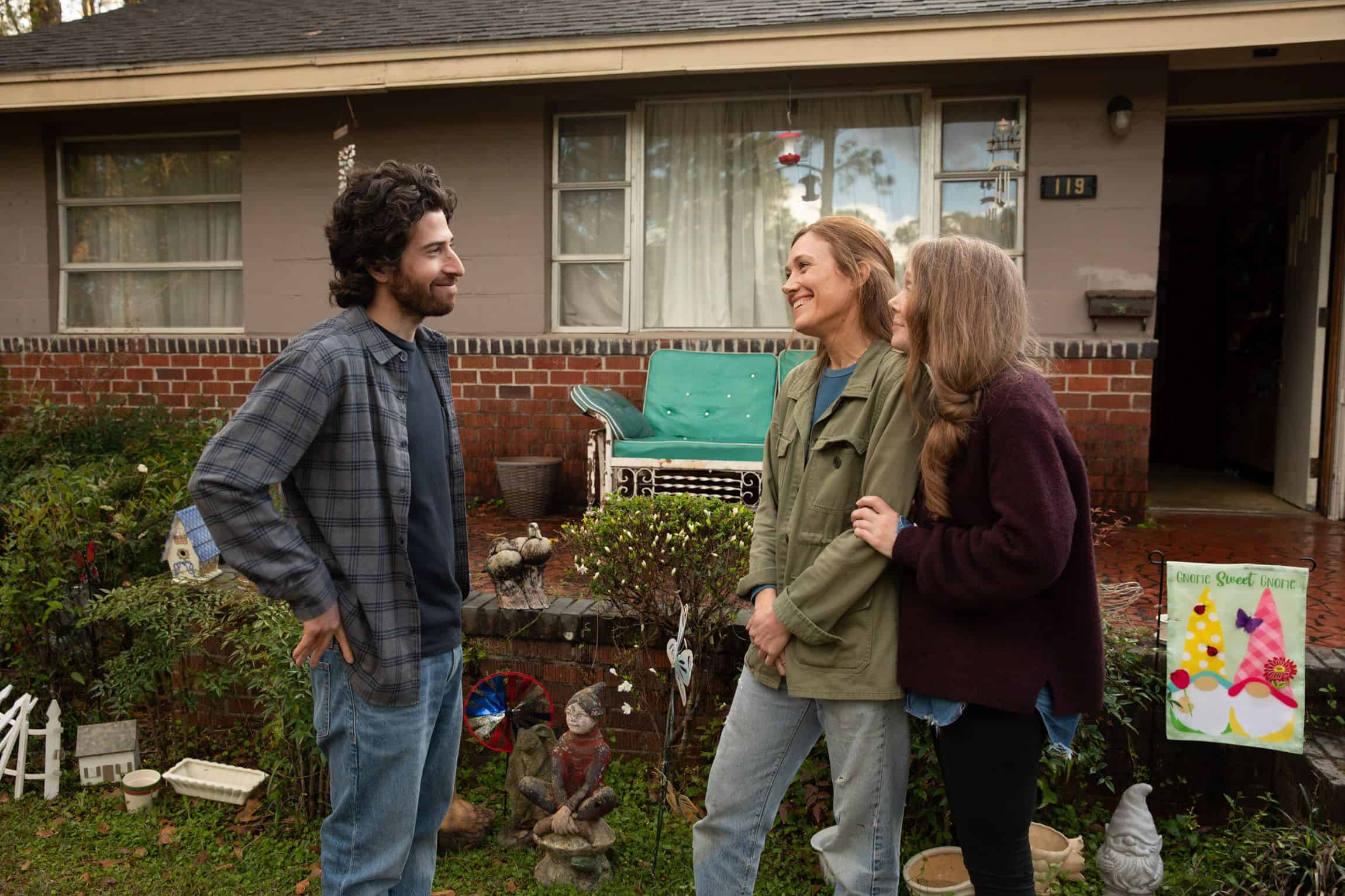 Not every love story is as cut and dry as the movies would have you believe. It’s not just two people who meet and fall in love with a small issue they have to overcome. Life is never that easy and, let’s be real, it’s a bit sloppy too. In the new family drama that leans on the edge of a romance, Sam & Kate follows two thirty-somethings who meet and the complicated lives they live that will ultimately lead to their future romance or going their own ways. Mixed up in their stories are their parents as well including Sam’s father Bill (Dustin Hoffman) and Kate’s mother (Sissy Spacek).

Overall, the movie is an interesting look at life and the struggles that everyone faces in their own lives and stories. But while the boilerplate seems to indicate that it is more of a double love story between Sam and Kate and their respective parents, it is not the type of fluffy romance that a lot of people may expect. There is a lot going on, but not a lot at the same time.

There seems to be a disconnect in even the trailer and the layered story that the movie is trying to portray and project. Sure, somewhere there is a love story buried in the narrative, but it’s somewhere in the slow-moving story that could lose viewers’ interest while it works towards the ultimate plot point. That’s not to say that the movie isn’t good, or the story isn’t. But maybe it can help adjust the expectations of viewers. Yes, there’s a love story, but it’s not a fluffy movie like you may expect. It’s not a movie that will have you pulling your tissues at the romantic moments, but quite possibly for other reasons.

With a genre flooded with the same love story over and over again, Sam & Kate is a bit of a refreshing take on the love story. It shows that no matter what, everyone has struggles and family issues that they may not make public. It’s not exactly a rom-com-style movie, but a love story that considers the less attractive side of life that everyone faces. The love story that most people face is full of messy family issues, loss, and struggles we may not see. It’s an interesting take to see in a movie, and while the movie doesn’t exactly pull you in – it’s a nice change from the love stories so full of tropes that you often wonder if you’ve seen the same movie over again.

Sam and Kate is in theaters nationwide today.

About Sam and Kate:

A life-affirming family dramedy starring Oscar®-winners Dustin Hoffman and Sissy Spacek, Sam & Kate takes place in a small town in the heart of the country. Hoffman plays Bill, the larger-than-life father to Sam (Jake Hoffman), who has returned home to take care of his ailing dad. While home, Sam falls for a local woman, Kate (Schuyler Fisk). And at the same time, Bill starts to fall for her mom, Tina (Spacek). But finding love is complicated and for these four, it is no different. They all must confront their past in order to make their new love work for the future. Truly a family affair, art imitates life with the father/son casting of Dustin & Jake and the mother/daughter casting of Sissy & Schuyler.