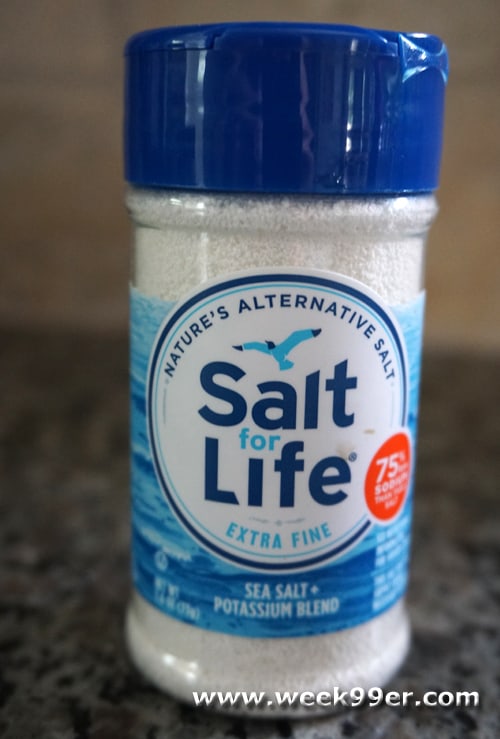 Sometime last year we switched to a low sodium diet, due to my boyfriend’s blood pressure. It’s genetics, and we aren’t out running those unfortunately. But that limits our diet more than you would think, and almost eliminates eating out completely. In our house we use sea salt while cooking, but sometimes you want the taste and consistency of the salt we’re use to having at the table. That’s where Salt for Life comes in, and we were were sent a bottle to try out.

Salt for Life is just what the name says it is – Salt. But instead of being sodium enriched salt that we’re use to, and spikes many people’s blood pressure, it’s potassium salt. The potassium helps enrich your diet and vitamin intake (since most of us don’t get enough potassium), but doesn’t change the flavor of your food. It’s a nice additive to a meal if you aren’t able to have high sodium salts, but want more than flaked salt on a dish. 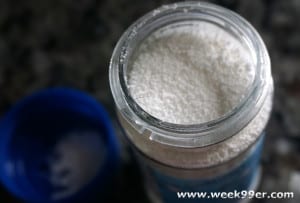 The Salt for Life blend is the same size as your traditional table salt, and a similar texture. Side by side, you visibly can see a difference. Salt for Life blend seems to be a bit more powdery and does look a little different. The difference, could of course be that it was an extra fine grind of the salt – but the blend is a combination of sea salt and naturally occurring potassium salt, so nothing additional was added. 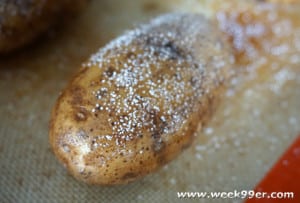 Testing out new salts in our house can make me nervous. With sodium induced headaches, sometimes it’s easier to stick with the tried and true sea salts. But I made a complete dinner using Salt for Life, including making salt covered baked potatoes, just to test it out.  Not only could you just taste the hint of salt used for cooking – no headaches or blood pressure spikes were found after dinner. I’d call that a success! I like having Salt for Life on hand for an extra dash of salt in our dishes, and for guests who may want to add it to their meal.