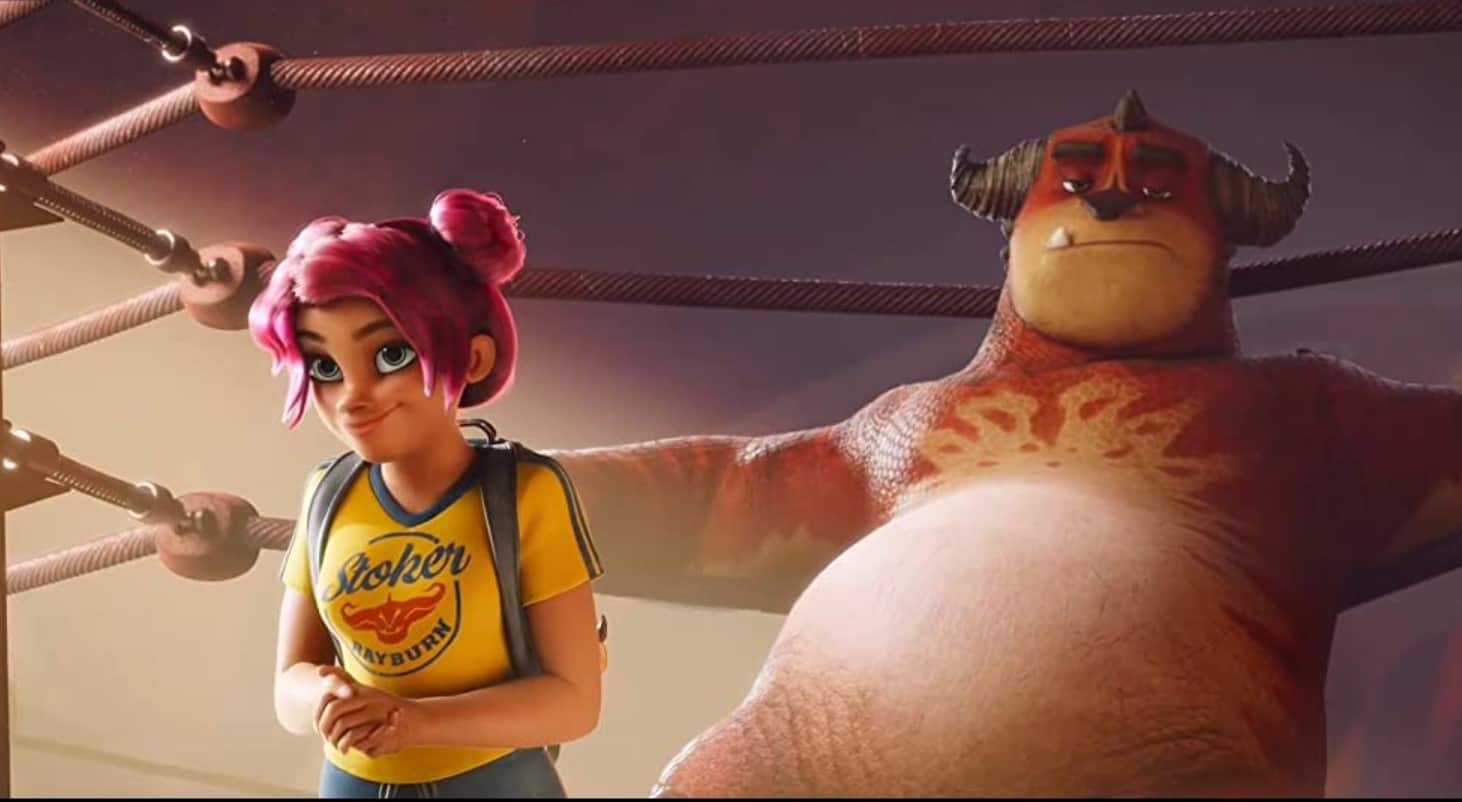 In an unlikely topic for a kid’s movie, monsters are entering the ring in an all-new animated movie on Paramount+ this week. Rumble brings to life the sometimes seedy underworld of Monster wrestling and the ins and out that comes with it.

Rumble takes place in a world where monsters and humans live together. How this exactly works, is never explained. The sheer size difference and the possibility of being stepped on by a monster seem like a harrowing prospect. But part of this world revolves around monster wrestling for sport. When the family business and arena for monster wrestling is put at risk, Winnie takes on the challenge of finding just the right monster to train and save the arena.

The movie comes with a decent voice cast including Will Arnett, Geraldine Viswanathan, Terry Crews, Tony Danza, Tony Shalhoub, and Charles Barkley. With pretty decent animation – they are able to bring to life the fighting monsters and their unique monster abilities to the screen – but even with that, it’s a rather bizarre concept that we struggled with while watching it. Yes, it’s one of those movies you just have to suspend belief and let some things go – but I was left with more questions after watching it than I had answers.

But, I’m obviously, not the target market for Rumble – it’s a movie for kids. The monsters aren’t too scary and they’re (mostly) quite likable. If we excuse cartoon physics on a few things – the fights are entertaining and something that will have kids laughing through them. The movie is put together by WWE Movies so I’m sure there were some real wrestlers consulted in the design process.

At the heart of it, Rumble has a good message and shows that you can be more than you or others expect of yourself. That working hard will get you the results you want. Even if it still has a bit of a weird concept for telling this message.

Rumble will be available on Paramount+ on December 15th.

In a world where monster wrestling is a global sport and monsters are superstar athletes, teenage Winnie seeks to follow in her father’s footsteps by coaching a loveable underdog monster into a champion.