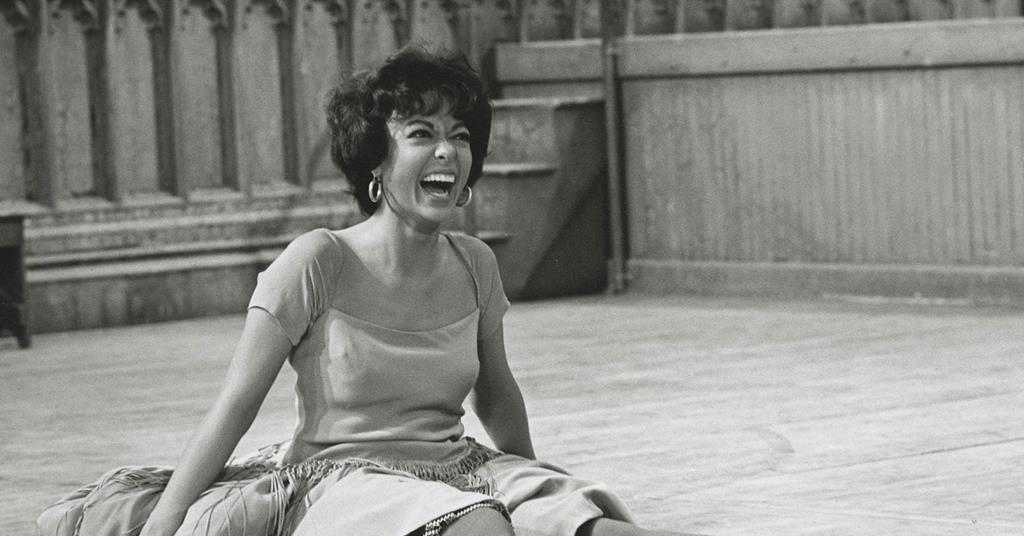 When you think of Rita Moreno, you may think of her in West Side Story or if you grew up watching the Electric Factory you may know her from there. There is a chance you may not even know her name but recognize her by face when she’s on screen. But this EGOT award winning actress doesn’t have the typical Hollywood story and the new documentary shows you just how interesting her path to stardom was.

With an infectious laugh and a sense of humor, Rita Moreno is the leading lady in her own documentary Rita Moreno: Just a Girl Who Decided to Go For iit. Born in Puerto Rico and immigrating to the United States as a child, she has what you would see as portrayed in a movies as a rags to riches story. But her version and reality is much different than you would expect.

The documentary focuses on her life, her career, her assault, her rise to stardom and relationship with Marlon Brando, her advocacy and even how not everything is what you’d expect it to be. It shows the highs and lows of this starlette’s life in an interesting and humanizing look at her life through her eyes.

Rita’s story is fascinating and is one that will keep the viewers engaged. But what it highlights as well is how her blazing her own path also helped blaze a trail for others in her community and other minorities. It shows the impact one person can have on future generations to come. Told honestly, and without holding back, it’s truly an example of how documentaries should look back on people and their lives, with open minds and eyes.

Rita Moreno: Just a Girl Who Decided to Go for It is now playing in select theaters and is a documentary that is perfect for any fan of old Hollywood or even current pop culture.

About Rita Moreno: Just a Girl Who Decided to Go For It

Over a 70+ year career, Rita Moreno defied both her humble upbringing and relentless racism to become a celebrated and beloved actor, one of the rare EGOT (Emmy, Grammy, Oscar, Tony) Award Winners of our time.  Born into poverty on a Puerto Rican farm, Moreno and her seamstress mother immigrated to New York City when Moreno was five years old. After studying dance and performing on Broadway, Moreno was cast as any ethnic minority the Hollywood studios needed filled, be it Polynesian, Native American or Egyptian. Despite becoming the first Latina actress to win an Academy Award for her role as Anita in “West Side Story” (1961), the studios continued to offer Moreno lesser roles as stereotypical ethnic minorities, ignoring her proven talent.

The film illuminates the humor and the grace of Moreno, as well as lesser-known struggles faced on her path to stardom, including pernicious Hollywood sexism and abuse, a toxic relationship with Marlon Brando, and serious depression a year before she emerged an Oscar winner. Moreno’s talent and resilience triumphed over adversity, as she broke barriers, fought for representation and forged the path for new generations of artists.