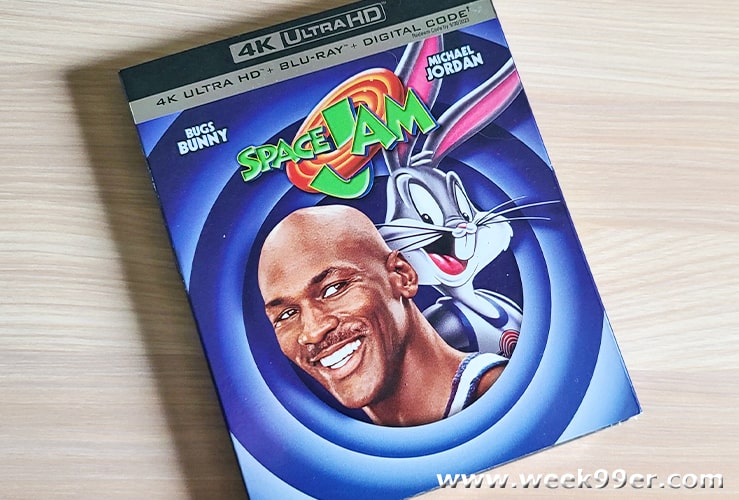 Very few movies solidify your childhood like Space Jam. When your favorite cartoon characters go toe to toe with some of the basketball greats at the time. And with a sequel coming out later this week, we’re so thrilled that Warner Brothers Home Entertainment has released the original in a special anniversary edition for us to watch over and over agian.

Not only is Space Jam now updated to 4K Ultra HD but it’s available to watch on Blu-Ray or Digital so you can watch the movie wherever you are, and share with the next generation of cartoon lovers. And if you get your copy now you can enjoy it with your family before Space Jam Legacy hits theaters and HBO Max.

To celebrate the 25th anniversary of the beloved classic, Warner Bros. Home Entertainment announced that the perennial family film Space Jam has been released on Ultra HD Blu-ray Combo Pack and Digital.

Ultra HD* showcases 4K resolution with High Dynamic Range (HDR) and a wider color spectrum, offering consumers brighter, deeper, more lifelike colors for a home entertainment viewing experience like never before.
Space Jam will be available on Ultra HD Blu-ray Combo Pack for $24.99 ERP and includes an Ultra HD Blu-ray disc with the feature film in 4K with HDR and a Blu-ray disc with the feature film and special features. Fans can also own Space Jam in 4K Ultra HD via purchase from select digital retailers beginning on July 6th.

The world’s greatest legends collide in a future universe with Jordan as a live-action hero entering a spectacular animated world. Captured by Bugs Bunny to foil a ghastly gang of space creatures, Jordan must play the basketball game of his life to save the beloved cartoon heroes from a hideous kidnapping scheme.