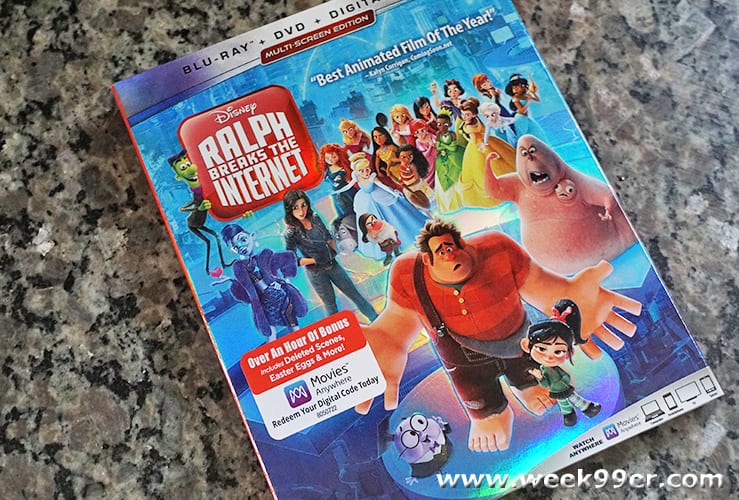 What’s the Buzz on the internet? What exactly is happening on the internet anyhow? There’s a lot of change and things happening when Ralph and Vanellope have to go online in order to get a rare part for her game – and before they are unplugged for good. But is the internet too much for them to handle?

The internet is a completely different world than the arcade and it will push their friendship to the extremes as they try to find a way to raise the funds to get the part they need. While the first movie, Wreck it Ralph was filled with gamer and arcade references, Ralph Breaks the Internet is filled with internet and online references. The movie is a bit more grown up than the original 2012 movie. Find Youtube stars and more throughout the movie, interwoven with a story about friendship and how it can evolve over time.

Ralph Breaks the Internet is a fun tribute to the technology of today, and the at-home release has some of the best extras built up that will keep you entertained as you learn more about how they made the world of the Internet come to life on the screen.