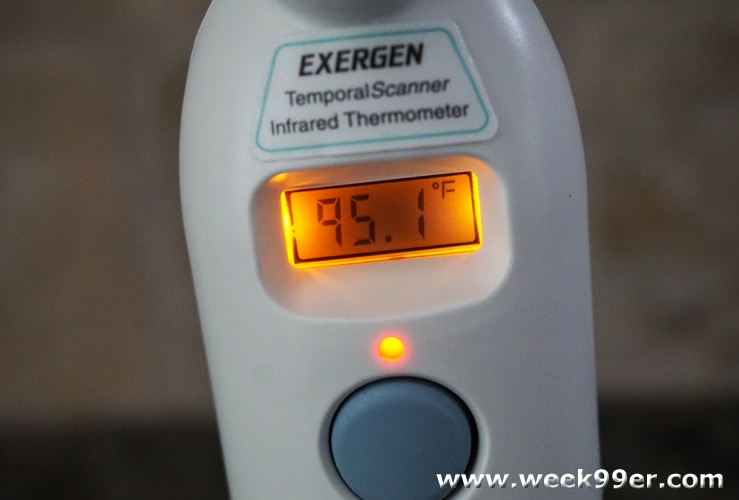 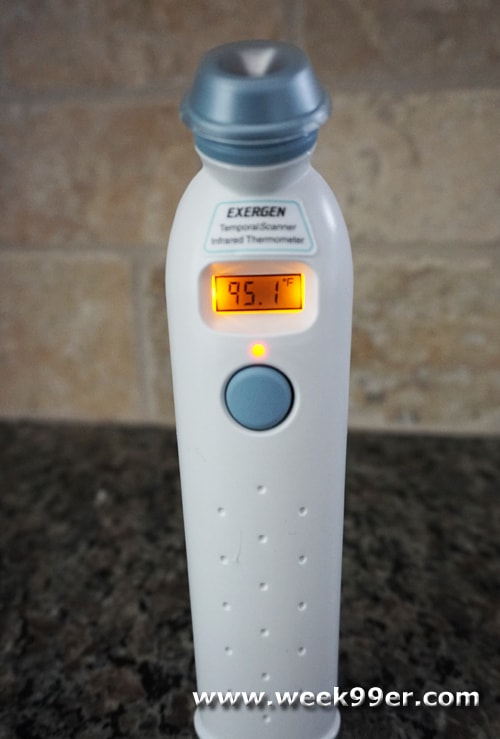 When someone in your family is sick, the first thing we want to do is to make them feel better. But in order to do that, we have to know what exactly is wrong with them. And when they’re little and sleeping, it’s hard to take their temperature. Because of all of those reasons, Exergen created their Temporal Artery Thermometer, a quick touch thermometer that doesn’t require waking them up or placing it under their tongue for a couple of minutes. 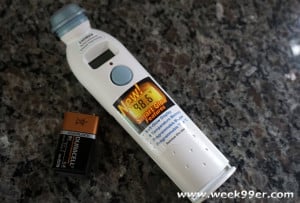 I’ve had an ongoing battle with digital thermometers for a while now, either they seem to take forever or die a lot quicker than advertised. So I was more than happy to review the Exergen Temporal Artery Thermometer. When you first open the packaging for the Exergen thermometer, you have to install the 9 Volt battery – but don’t worry, it’s included! Unlike smaller models that use watch batteries or other specialized ones – I already was in love with the fact that I could just grab a new 9 volt from any store instead of searching for a specialty one. 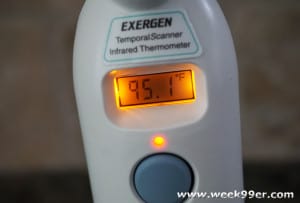 The Exergen Temporal Artery thermometer only has one button to operate it and it’s actually very intuitive. Press the button and move it slowly over the patients forehead and it will beep after 3 or 4 seconds. That’s all it takes to get a temperature reading! No more waking up sleeping babies or children, or holding a thermometer in your mouth waiting for a reading.

I tried the Exergen thermometer on myself, since I normally run low – just to see if it would pick up the difference. In just a few seconds, I didn’t just have a reading – but an accurate one. I love how quick it works, and probably more, the fact that I don’t have to put in someone’s mouth if they’re sick so it’s harder to spread germs! While the Exergen Temporal Artery thermometer is ideal for young children, it’s great for every member of the family and making sure you have an accurate reading to get them back on the right track to health.