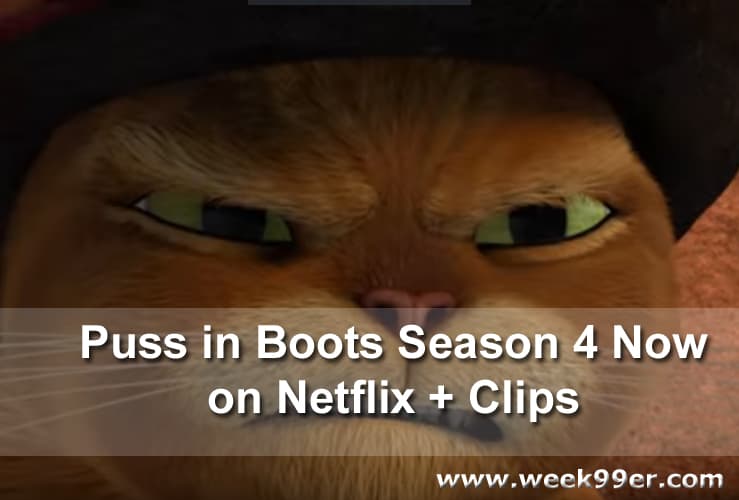 Our favorite feline crime fighter is back for his fourth season on Netflix. Dreamworks has released the complete 4th season this weekend and it brings back Puss and his band of crime fighting friends to the screen for new adventures and battling new bad guys. You will see a lot of familiar faces in the show and you’re going to love where this new season goes. Check out some clips from the new season below!

The Tale of the Gem of the Crown:

Beware of the Eight-legged Witch:

About Dreamworks: The Adventure of Puss in Boots:

The world’s greatest swordfighter is back with all-new action and adventure in season 4 of DREAMWORKS: THE ADVENTURES OF PUSS IN BOOTS! Puss continues his quest to defeat the evil Bloodwolf using the mythical Crown of Souls to direct his journey. He and the Senior Puss Squad embark on numerous fun-filled, magical adventures when they search for a family of witches, tussle with ogres, sky gods, and Uli, all while tracking down the magical items needed to defeat the Bloodwolf. But when the Bloodwolf finally arrives, will “The One” from the Great Prophecy be there to stop him from destroying San Lorenzo? Tune-in to find out only on Netflix now!